Mark Mayo, Mozilla CEO and chief manager of Firefox, has introduced project Tofino. In that project, there are a number of GUI experiments for a web browser which Mozilla is working on. Firefox development is not going to be affected but it's a fact that Firefox usage has been going down steadily. It is interesting that the whole project is built on top of a Chromium-based engine Electron, created by GitHub for Atom editor. Instead of XUL used in Mozilla, the browser's user interface is created using React.

The Electron platform allows developers to create standalone apps based on technologies used in browsers. It is possible to use Node.js and its modules, extended APIs to create dialogs, context menu, window management, file system access and so on. Electron is considered as a perspective project which will affect the future of the browser technology stack.

While Electron is based on Chromium, Mozilla developers are going to use it for a limited time and have no plans to cancel Firefox's Gecko engine development. Along with Tofino, a new project, named Positron, was started to create the Electron API over the Gecko engine. Positron includes yet another project - Spidernode - which is a Node.js implementation with the SpiderMonkey engine instead of the V8 engine. It is possible to see an API layer for V8 API emulation on top of SpiderMonkey.

After Positron and Spidernode will be finished, the Tofino project can be compiled without Electron. The Electron project was selected as an easy-to-use platform to create a prototype of the new user interface for the browser. The new UI is the primary goal of the project. As for the engine, it will not replace Gecko or the upcoming rendering engine Servo in Firefox. 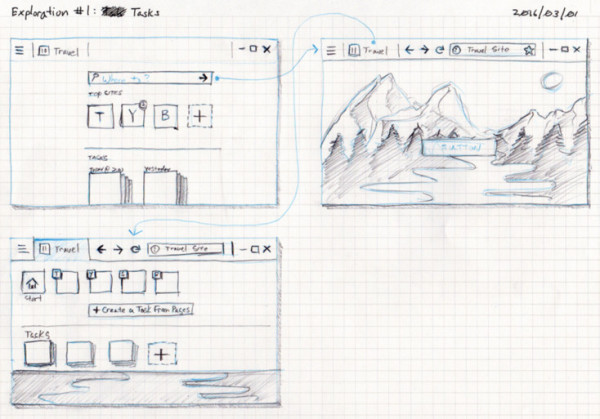 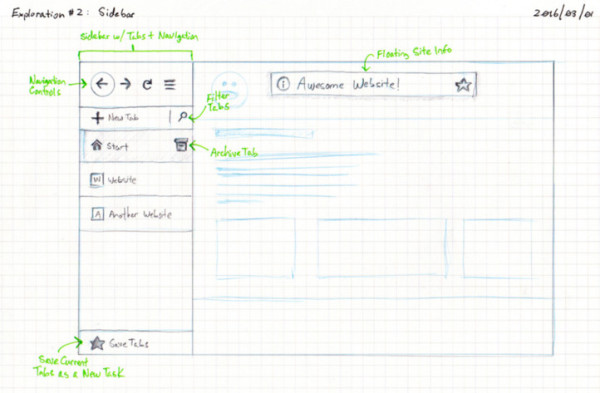 Tofino will not become a standalone finished browser. With experiments in Tofino, Mozilla developers hope to create a new kind of user interface. They consider the tab based interface as deprecated and ineffective for modern Web-based reality. The new user interface will fit PC and mobile use cases better than tabs, be more productive and task oriented. If it is a big success, maybe one day in the distant future we might see a completely different Firefox browser.
Links:

9 thoughts on “Mozilla is experimenting with Chromium based browser”