With Windows 10 Anniversary Update, Microsoft has made changes to the taskbar. Now, it shows the Action Center icon at the end of the taskbar, and the clock before it. The user cannot change the position of these icons or move the clock even though the icons on the left side such as Volume, Network are movable. There is no option available in the Settings app to restore the clock's position. Many users want to move the clock back to the end of the taskbar. In this article, we'll see how it can be done.


Although there is no tweak or option available to modify the appearance of the taskbar, there is a third party app which moves the clock back to the end of the taskbar.

Move clock to the end of the taskbar in Windows 10

There is an open-source application called "ClockPositionRighteousifier". Once started, it does exactly what we need. If you can't tolerate the current position of the clock and the Action Center icon at the end of the taskbar, do the following. 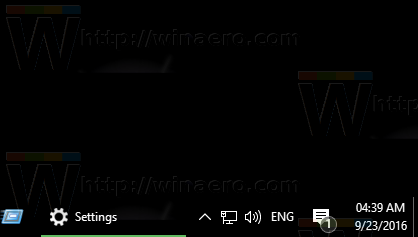 This freeware application is developed by the author of the well-known file manager, DirectoryOpus. It is trustworthy and definitely useful for those who are unhappy to see the Action Center icon instead of the clock in the corner.

Run the EXE again to exit it and undo the changes. If you change the position of the Taskbar after this tool is running, restart Explorer.

What do you think about this hack? Do you think it is an overkill or are you happy to be finally able to move the icon?