Earlier this week, Microsoft started rolling out redesigned Office apps in the stable channel, offering users a much-improved Windows 11-like UI. The company announced a fresh coat of paint for the Office apps alongside the Windows 11 reveal, and both are now publicly available. Still, one part of the promised Office redesign is missing in the stable channel: the Mica effect. Microsoft is currently testing the new "material" in the Office Insiders program.

The Mica effect is a part of improved Windows 11 visuals. It is the latest version of blur and transparency for various pieces of a UI. Unlike the Aero effect in the days of Windows Vista and Windows 7, Mica does not strain your GPU. That is because the "material" generates eye-candy visuals by sampling data from your background only once.

Developers are free to use Mica in various apps according to the official guidelines from Microsoft. In Word, for example, Microsoft uses the Mica effect on the backdrop behind a page. 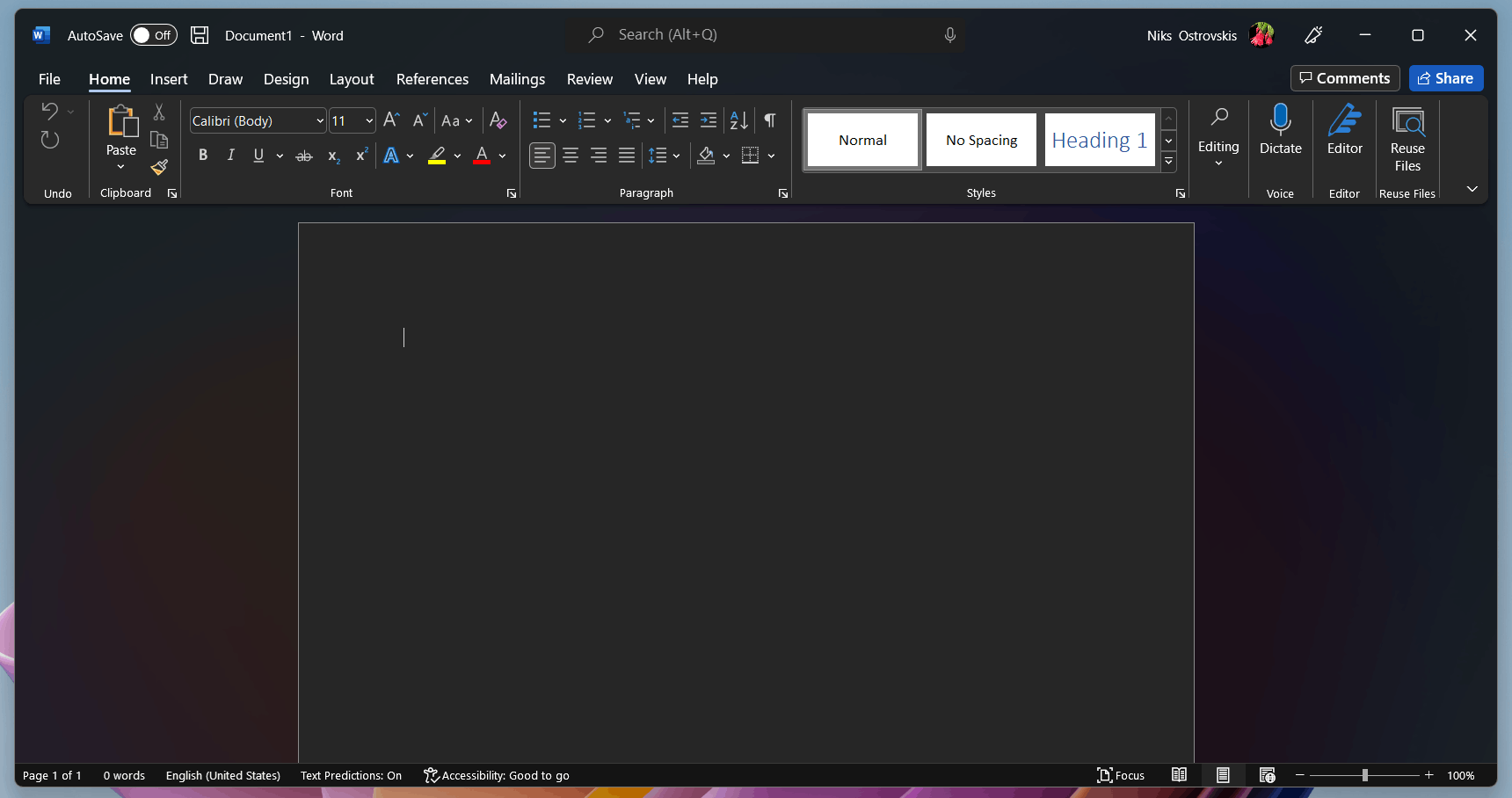 In the Edge browser, on the other hand, Mica is available on the tab strip and context menus. Here is how Microsoft describes the Mica material in the official documentation:

"Mica is an opaque, dynamic material that incorporates theme and desktop wallpaper to paint the background of long-lived windows such as apps and settings. You can apply Mica to your application backdrop to delight users and create visual hierarchy, aiding productivity, by increasing clarity about which window is in focus. Mica is specifically designed for app performance as it only samples the desktop wallpaper once to create its visualization."

The Mica material is currently available for a subset of Office Insiders in the Beta channel. Microsoft is rolling out the change gradually, which means it might take a few more days for the effect to reach your device.