In the near future, Microsoft will remove the Math Input Panel, Paint 3D and 3D Viewer apps from the default app set when you perform a clean install of the OS. This will probably happen in Windows 10 version 21H2. The change is already active in Build 21332, that was recently released to Insiders in the Dev channel. However, despite having no Paint 3D installed, Windows 10 continues to include the 'Edit with Paint 3D' entry for images.

If you click on the Edit with Paint 3D entry, it will open the Microsoft Store app to the Paint 3D page. This allows the user to quickly reinstall the removed Paint 3D app. However, if you never used Paint 3D and are happy with its removal from provisioned apps, you may consider this feature unwanted. 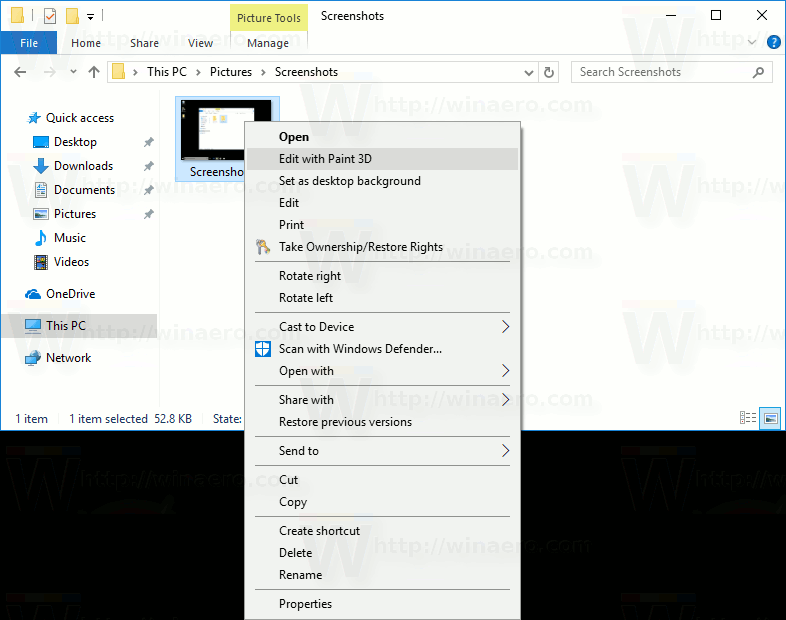 This annoyance will also be resolved in upcoming builds. According to the Feedback Hub on Windows 10, the presence of the menu item is already adjusted, so you no longer need to hide it manually.

For your information, it is easy to remove the Edit with Paint 3D command from the context menu, but it requires applying a Registry tweak.

Alternatively, you can use Winaero Tweaker instead. It comes with the following feature: 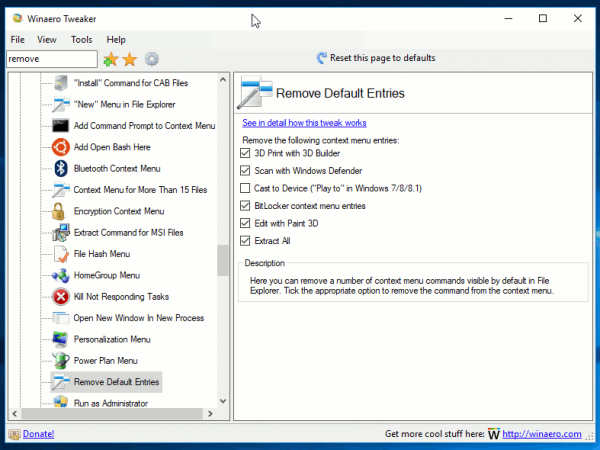 Once Microsoft will roll out the change to the stable branch of the OS, the manual steps will become obsolete.

Microsoft currently ships a Universal Windows Platform app "Paint 3D" in addition to the classic Paint app starting with Creators Update. The new app is completely different and has nothing common with mspaint.exe. It allows working with 3D objects and supports pen input. It has tools like markers, brushes, various art tools to help users create objects. Also, the app has tools to transform 2D drawings into 3D objects.