Due to upcoming changes to the Your Phone app, that will eventually replace the People app in Windows 10, Microsoft is now testing the ability to uninstall the People app. A select group of Insiders can already easily uninstall the app with a couple of clicks.

Windows 10 comes with a built-in People app which is a powerful address book with social features. It allows you to stay in touch with all your friends, family, colleagues, and acquaintances in one place. You can add your contacts and keep in touch with friends and family on Skype - all from a single app. 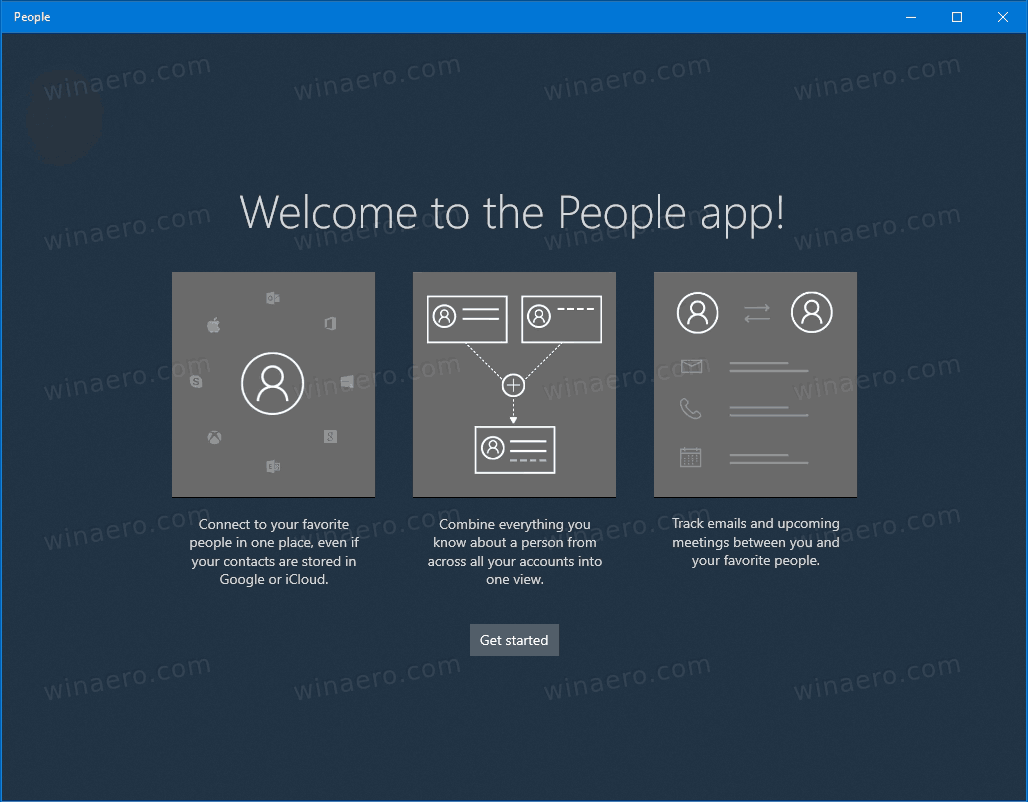 These days, the People app doesn't receive much attention from Microsoft. It looks like the company may discontinue it in the near future, and merge its features with the Your Phone app.

As of now, you need to use PowerShell to uninstall the People app. The following command removes it:

However, this has changed. Starting with Windows 10 build 20215, some of the Insiders are able to uninstall the People app from Windows 10. The uninstall button is no longer locked, and it is also possible to reset or terminate it from the Advanced app options page. Finally, the Uninstall command also appears in the right-click options in the Start menu for the People app entry.

The uninstalled app can be reinstalled later from the Microsoft Store. It is available here:

People app on the Microsoft Store

Thanks to deskmodder for the tip.