Microsoft now releases Windows 10 Build 19043.844 (KB4601382) to all Insiders in the Beta Channel. The same build was released in February, but it was only available to "seekers". The release represents the upcoming feature update, Windows 10 version 21H1, which is the new version of Windows 10.

With release of Windows 10 Build 19043.844 (KB4601382), Microsoft has officially announced the next version of Windows 10, 21H1. The company provided the following change log for this patch.

Today, Microsoft made it available to all Insiders running Windows 10 in the Beta channel. The appropriate announcement was made in the official blog. 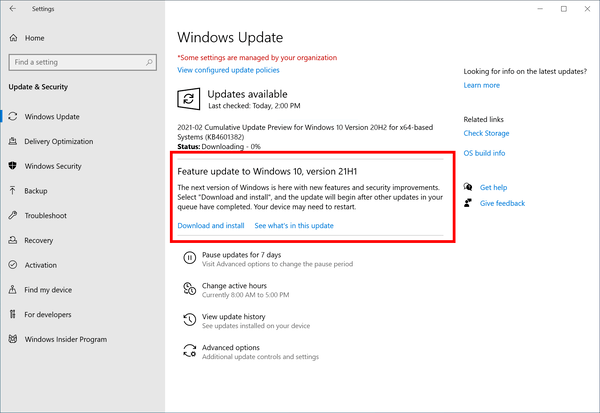 If you are on the Beta channel, open Settings > Update & Security > Windows Update and click on the "Check for Updates" button to install this update. Sooner or later will be automatically installed on your computer.