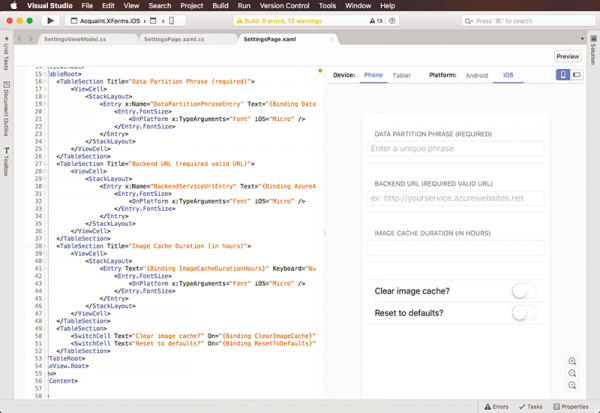 Unfortunately not all of the typical project types are supported right now. With the initial release of Visual Studio for Mac, you can create native iOS, Android and Mac apps and also use it for server development with .NET Core, ASP.NET Core Web and Azure integration. The C# and F# programming languages are supported as well.

You can read more about this release in the official MSDN Magazine article about it while Setup files will be available directly at visualstudio.com.