Microsoft's brand new WinUI library has been created to supercharge developer projects with Fluent controls, modern features, and other UWP/XAML improvements. It looks like Microsoft is about to use it as a replacements for core user interface parts of Windows 10, including the Start menu, Action Center, Desktop and the taskbar.

The library allows using WinUI XAML components in WPF, WinForm and native apps. Microsoft has added most of the modern user interface elements to the WinUI framework.

Microsoft is planning to release WinUI 3.0 as a major update to the Windows 10 UI in 2020. As of now, WinUI 3.0 Preview 2 is available for testing.

In current Windows 10 builds, the Start Menu, Action Center and other modern parts of the user interface are build with XAML. They use UI components from Windows.UI.XAML library.

According to Windows Latest, the scan of Microsoft Program Database (PDB) files in Windows 10 Build 20197 reveals that Microsoft is currently testing these features internally:

So, quite possible that in the near future Windows 10 may get a refreshed look thanks to use of WinUI. The library provides controls with rounded corners, so the new UI may look as follows. 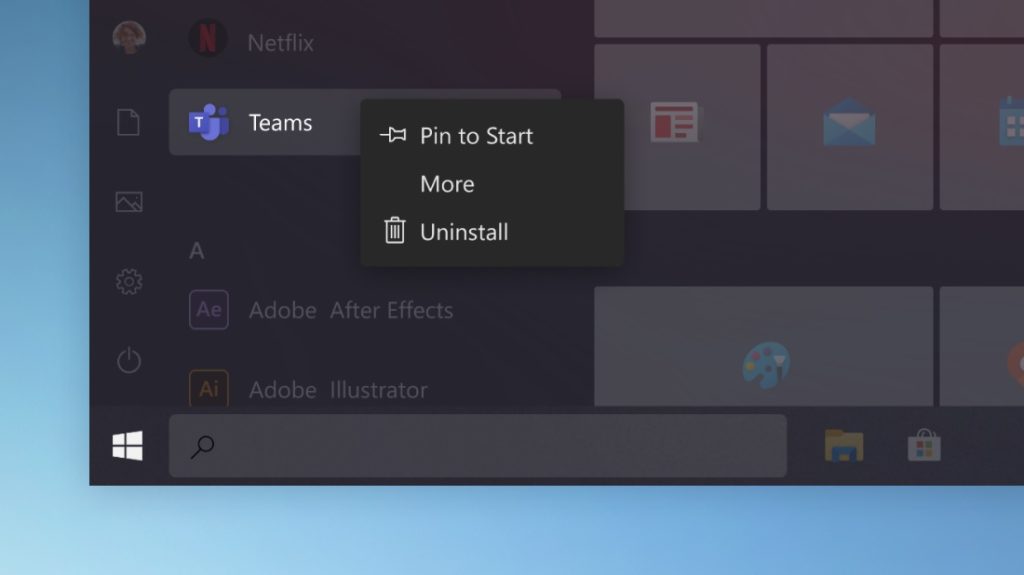 As of now, the latest WinUI version, Preview 2, is not yet ready for use in production apps. It has a number of known limitations. Microsoft is collecting feedback from developers and is trying to improve their experience throughout subsequent releases.