A new research shows that Microsoft has updated the sound quality of the Windows 11 startup sound. While they didn't change the melody, the bitrate has been reduced by a half.

The startup sound in Windows 11 is a special thing. Earlier in Windows 8, the Redmond firm cut the sound to speed up the startup and to stop annoying users working in the night. You'll find some details on that in this post.

So, until Windows 11, the OS kept silence when you load it. With Windows 11, Microsoft has restored the startup sound, much to the delight of many users.

What wasn't mention a single time is a change to the startup sound in version 22H2. It now has a lower bitrate. 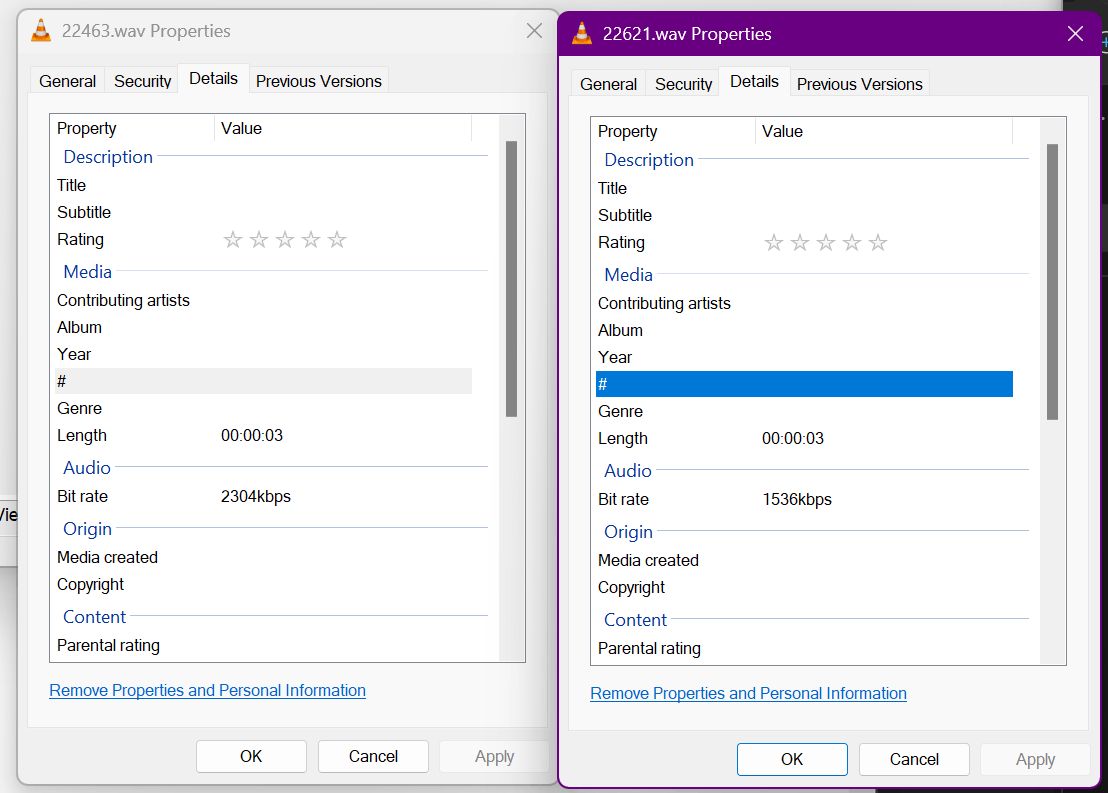 💡You can find the original startup sound here.

Finally, Microsoft has also added a bit longer silence to the beginning of the music. You can spot the difference in the screenshot below.

Actually, this change will be imperceptible for the majority of users. Also, it is worth mentioning even in Windows 95 most of the WAV files used for system sounds had the 1536 Kbps bitrate. So Microsoft is simply back to its roots.