Following up on the recently released Windows 10 build 11099, a new build became available last night for Windows Insiders. This time it is Windows 10 build 11102. Although it does not bring any significant changes, it comes with a few improvements and bugfixes.

The following changes in Windows 10 build 11102 were officially announced by Gabe Aul, VP of Engineering Systems in Windows and Devices Group: 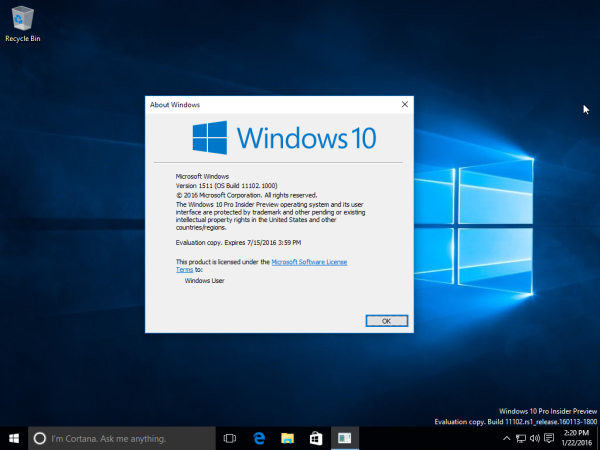 The most interesting changes in this build are in Microsoft Edge. The Edge browser finally got a navigation history option: 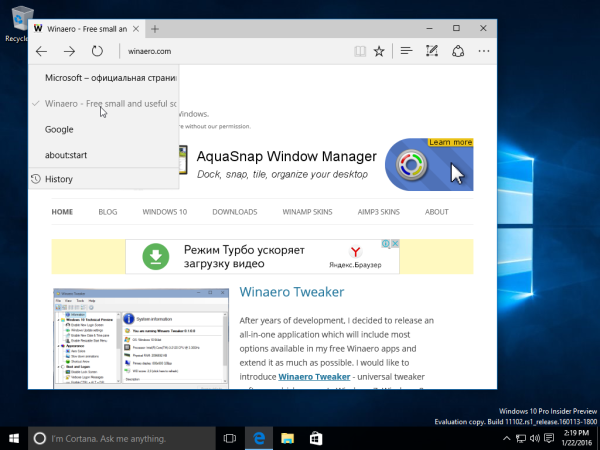 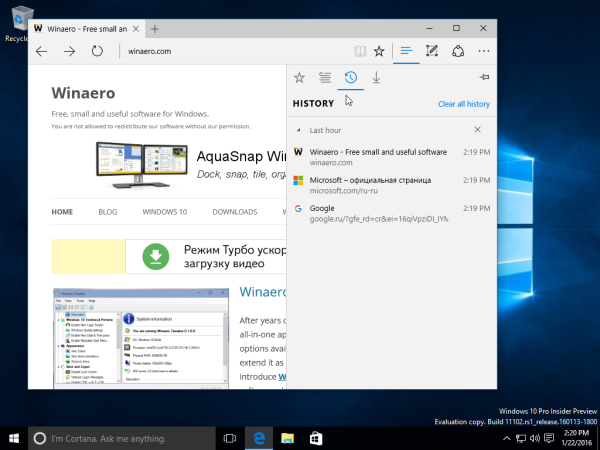 Another change is the context menu available for the Back and Forward navigation buttons. In that menu, you will get a history-like list of recently visited sites, so you can jump to some recently visited web page using that menu.

Most mainstream browsers like Chrome or Firefox offer the same feature if you click and hold the left mouse button on navigation buttons near the address bar.

In this build, the Edge browser also got an improved user interface to manage extensions. Again, it is locked and not visible by default. The well-known Windows enthusiast Walking Cat found out a way to turn it on: 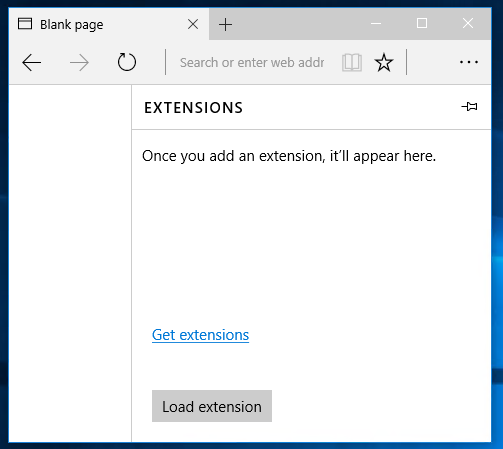 It does not work, even the 'Get Extension' link points to some internal Microsoft server. This interface only shows the direction Microsoft is working on to add extensions support to Edge.

Windows 10 build 11102 build is released to Fast Ring Insiders. Users who need official ISO images to install it from scratch are out of luck again.

That's all that we know about this new build. If you have anything to add or noticed something different, please share it in the comments.

One thought on “Microsoft has rolled out Windows 10 build 11102”