A few days ago I wrote about a bug in Windows Defender, which was showing a notification regarding skipped files during a quick or full scan. While Microsoft didn't acknowledge the bug officially, the latest antimalware platform update resolves the issue.

The app was showing the following notification after a Quick Scan or Full Scan, telling that some items were skipped due to an exclusion, even if you had no exclusions defined. 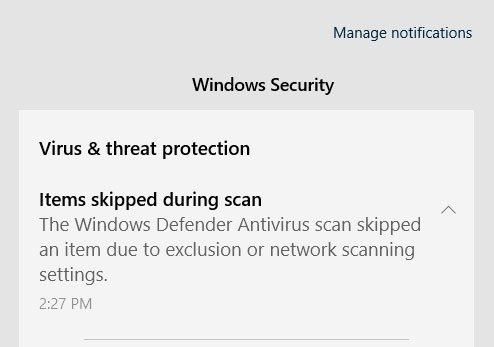 The update includes monthly updates and fixes to the Windows Defender antimalware platform that is used by Windows Defender Antivirus in Windows 10. It is released for the following operating systems: 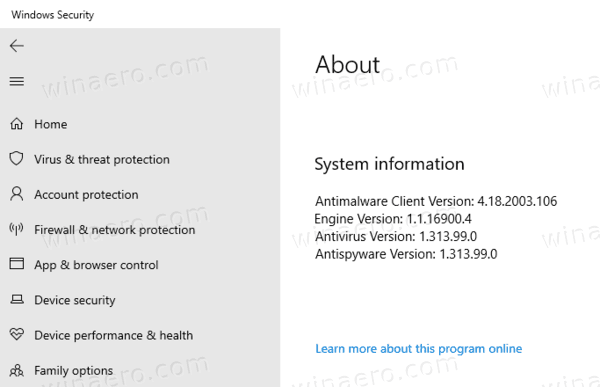 However, the change log points to a few issues that may affect some users.

Known issues in this update

This update is available from Microsoft Update and WSUS.