Paint for Windows 11 has received a new update, although it is currently only available to Insiders on the Dev Channel. Along with fixes and improvements, it has got new color palette and "resize and skew" dialog boxes to match the design of Windows 11.

Unfortunately, as it often happens with Microsoft products and services, some parts of MS Paint did not get much love from developers. Dialogs and other less visible portions of the app were stuck with outdated designs. Today, Microsoft is finally addressing the issue. On the official Windows Blogs website, the software giant announced an update Paint for Windows Insiders.

Updated dialogs in Paint for Windows 11

A new version of Microsoft Paint is now rolling out in the Dev channel. This update finally brings the new UI for dialog windows, such as color palette and "resize and skew." 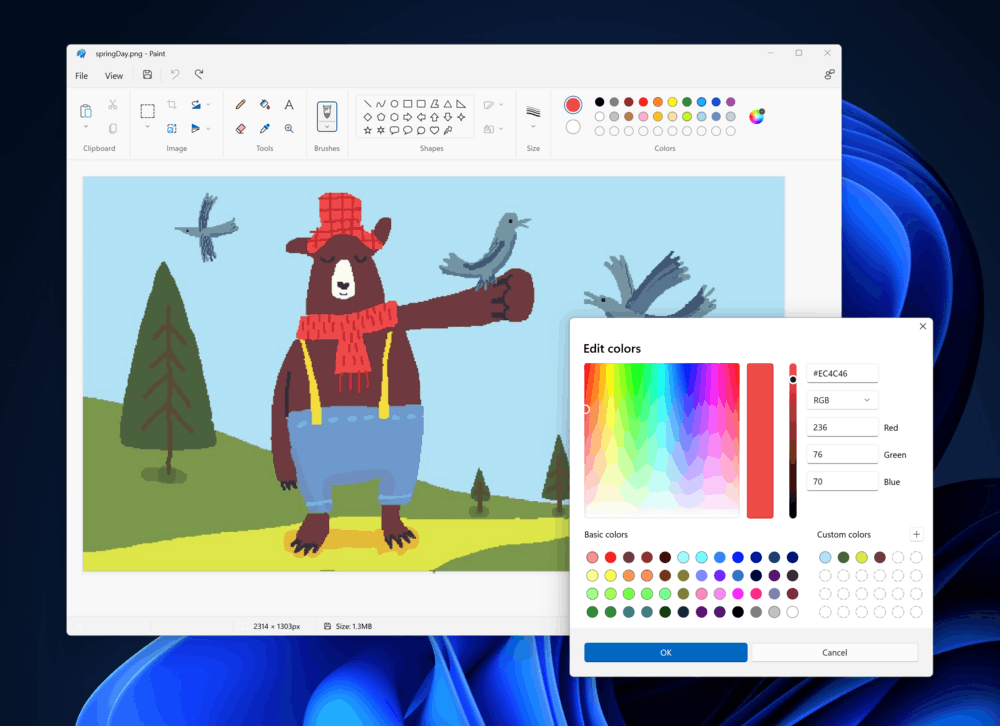 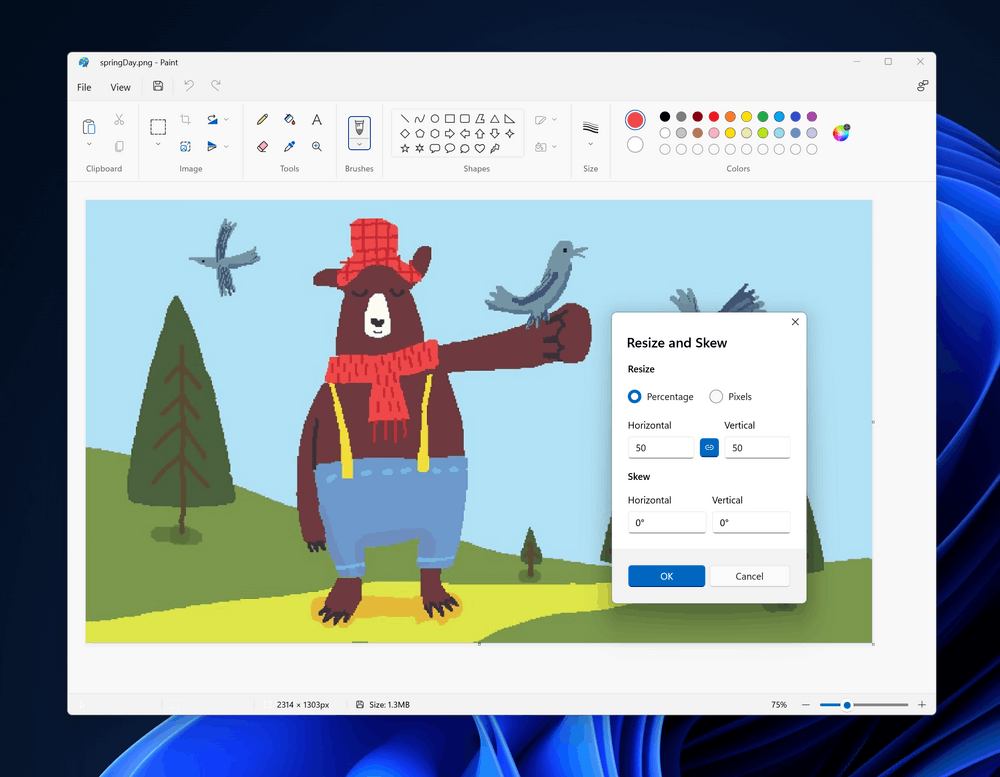 Besides, Microsoft fixed a bunch of issues and bugs:

One of the changes many users expect from Microsoft in the redesigned Paint is the promised dark theme support. Unfortunately, the app is yet to receive that feature. Still, it is good to see Microsoft working on UI consistency in Windows 11 and its stock apps.

Microsoft does not say when the updated Paint will be available to all users in the stable channel, but it should not take too much time. Paint now receives updates via the Microsoft Store, so there is no need to wait for the next Windows feature update to arrive just to fix a bunch of old interfaces in Paint.

Note: You can uninstall stock apps in Windows 11, including Paint. If you deleted Paint and now want to get it back, head to the Microsoft Store using this link.