The new Microsoft Store policies are a major shift for a previously highly strict software marketplace. Such a daring leap is already paying out as some high-profile developers are now coming to Microsoft Store. Although there is still no Google Chrome or Firefox (Mozilla has already announced their plans to move Firefox's installer to Microsoft Store), you can now download the Edge browser from the updated Microsoft Store on Windows 11 (source). 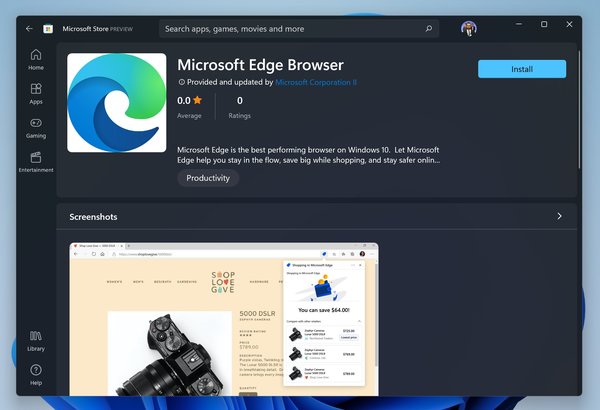 The only strange thing is that Microsoft Edge is available from "Microsoft Corporation II." That raises some questions and concerns, considering how poorly Microsoft combats fake developers and scam apps in its marketplace. Still, it appears that the listing gets you a genuine browser that later uses its own updating mechanisms to get new versions from Microsoft's servers. It is also worth mentioning that Microsoft Store downloads just an installer, which later connects to servers and gets all the necessary files. 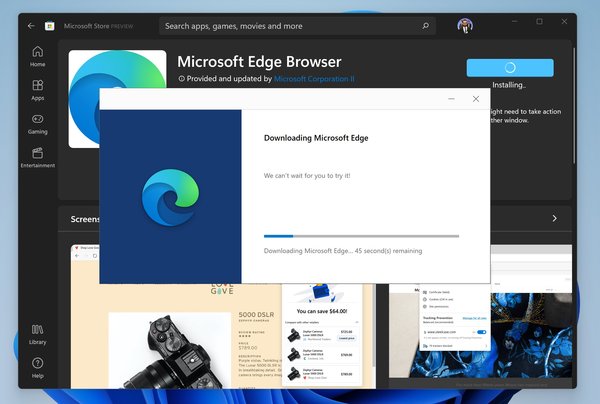 It is hard to tell why anybody would want to download Edge from Microsoft Store, considering the browser is an integral part of Windows 11 and Windows 10. Still, it is a sign that Microsoft is now willing to accept any browser regardless of its engine or packaging form. It is exciting to see Microsoft opening its platform and finally making serious efforts to make Microsoft Store more user and developer-friendly. Hopefully, one day, Microsoft Store will become a single place to get all your apps for Windows 11, whether those are UWP, PWA, Win32, extensions for the Edge browser, or even third-party games stores.