Microsoft is releasing an Insider extension for the new Chromium-based Edge browser. Surprisingly, the extension is out before the official release of the browser. It looks like it will work as an extra communication channel for Edge Insiders, delivering new features and allowing tweaking of the Insider program options.

It is possible to install the extension on the classic Edge browser, however, it is designed to run on top of the new Chromium-based app. It doesn't display the app version on the EdgeHTML-based Edge app. 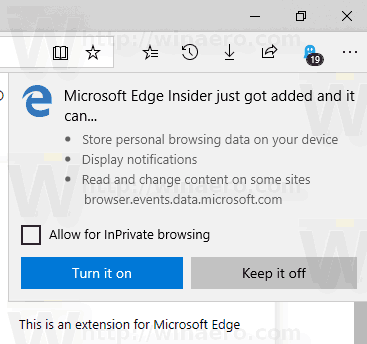 The extension allows switching between build channels "Canary", "Dev", and "Beta". The difference between these channels is unknown at the moment of this writing but probably they follow the same release channels that Chrome has. 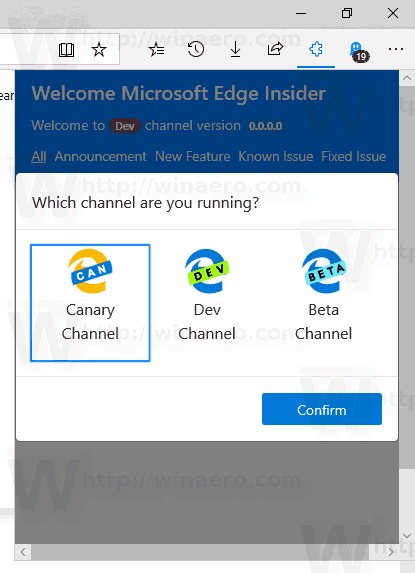 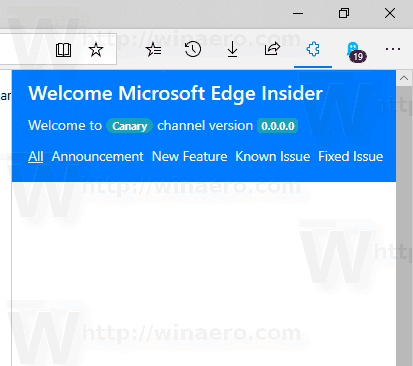 Interested users can get the extension from the Microsoft Store.

If you are not aware, Microsoft Edge, the default web browser of Windows 10, is moving to a Chromium-compatible web engine in the Desktop version. Microsoft explains that the intention behind this move is to create better web compatibility for customers and less fragmentation for web developers. Microsoft has already made a number of contributions to the Chromium project, helping to port the project to Windows on ARM. The company promises to contribute more to the Chromium project, and to release its preview version soon.

A preview version of the browser found its way to the Internet. Check out the following review of the app:

At the moment of this writing, the new Edge browser doesn't include any new features besides Microsoft's very own 'Read Aloud' option. It is almost identical to Google Chrome and Chromium.

It is not known yet when this new Edge browser will be officially released to the public. It looks like it will be released to Windows Insiders soon. If you are interested in trying official builds of the new app, you can be a part of its development, by signing up to be an Edge Insider. You can sign up here.