As you may already know, Microsoft Edge, the default web browser of Windows 10, is moving to a Chromium-compatible web engine in the Desktop version. A preview version of the browser found its way to the Internet, so let's take a look at it.

The PCBeta web site has shared a link to the browser installer. The installer runs silently, and opens a preview version of the app after a few seconds. 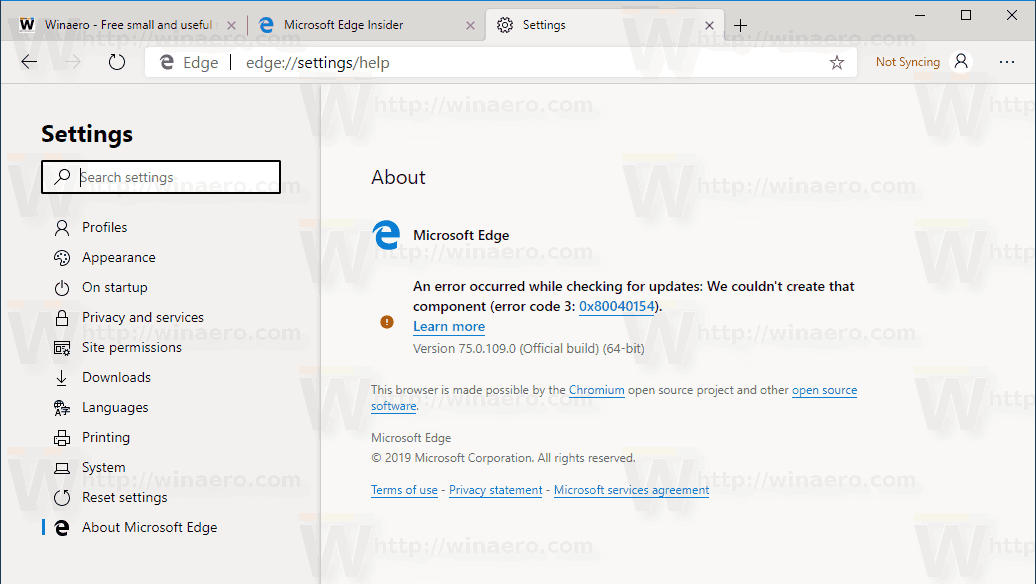 The browser UI looks very similar to Google Chrome, and other Chromium-based apps, but includes a number of exclusive Microsoft additions. For example, you need to sign-in with a Microsoft Account to install extensions from either the Microsoft Store or Google's Web Store. If you are already using a Microsoft Account to sign in to Windows 10, the app will use these credentials automatically.

The new Edge browser features a main menu that is almost identical to the menu of Chrome and Chromium. A few items are renamed to match the terms Microsoft used for their own implementation of the Edge browser, for example, New Incognito Window is called New InPrivate Window. 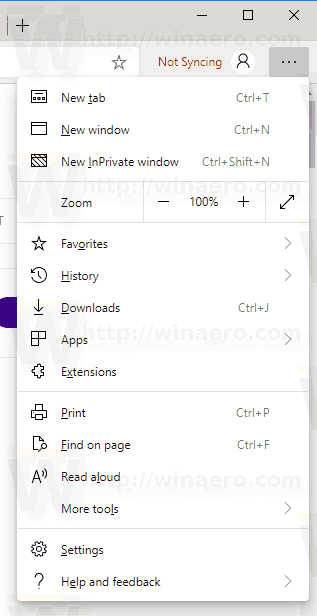 At first glance, there seem to be no exclusive features in this release besides the Read Aloud option, that is familiar to users of the EdgeHTML-based Edge app. 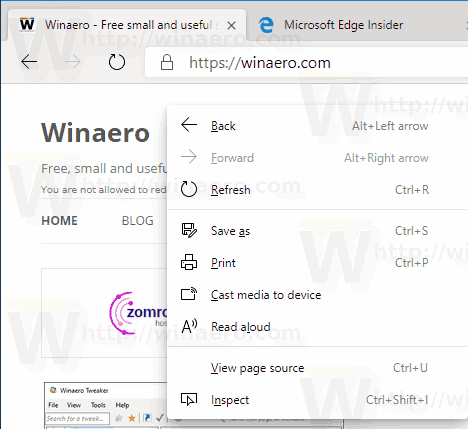 The extension management page is a bit reworked, sporting options such as Developer Mode and Allow extensions from other stores. You have to enable the last one to install extensions from the Google Web Store. The browser shows a confirmation for this action. 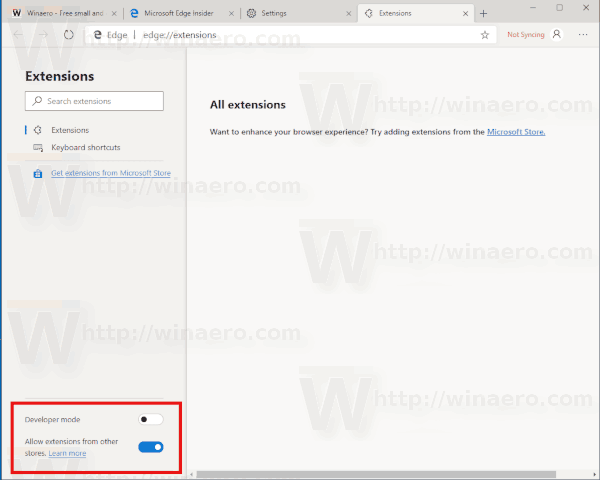 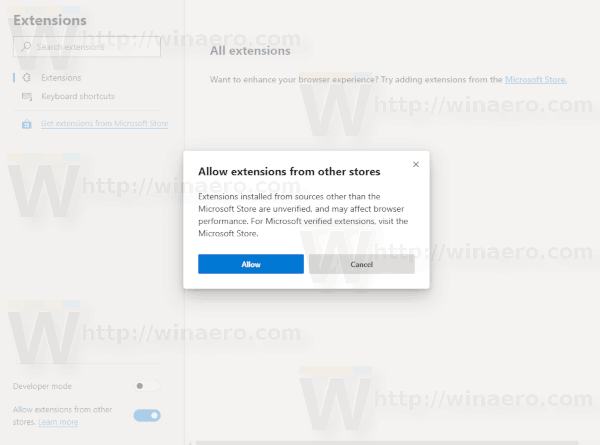 In Settings, there is a special page for site permissions. There, you can grant or revoke specific permissions for web sites you are visiting. 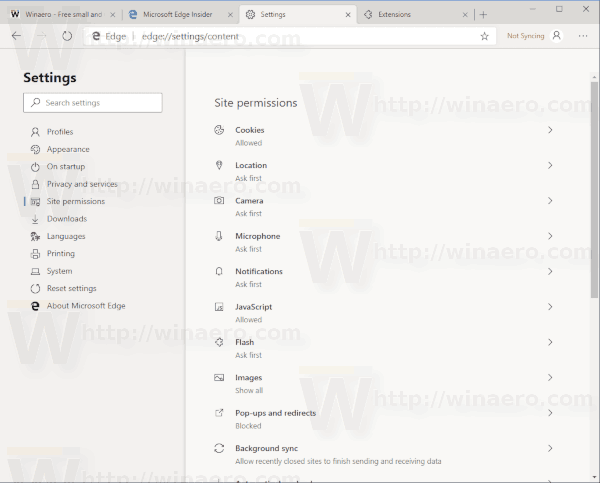 The browser includes a built-in dark theme, however, I didn't find any option to enable it. It can be turned on from the hidden edge://flags page. 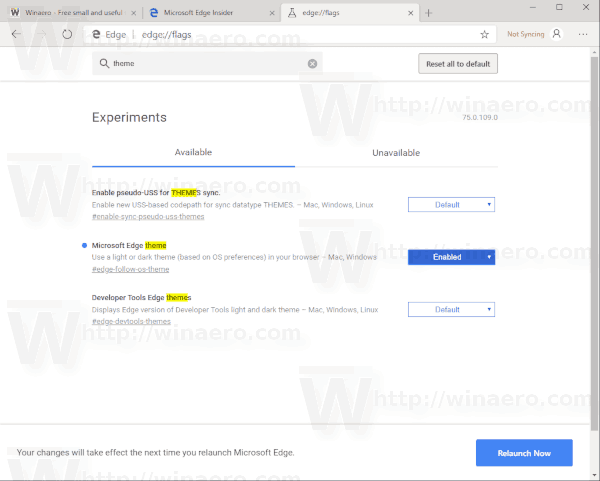 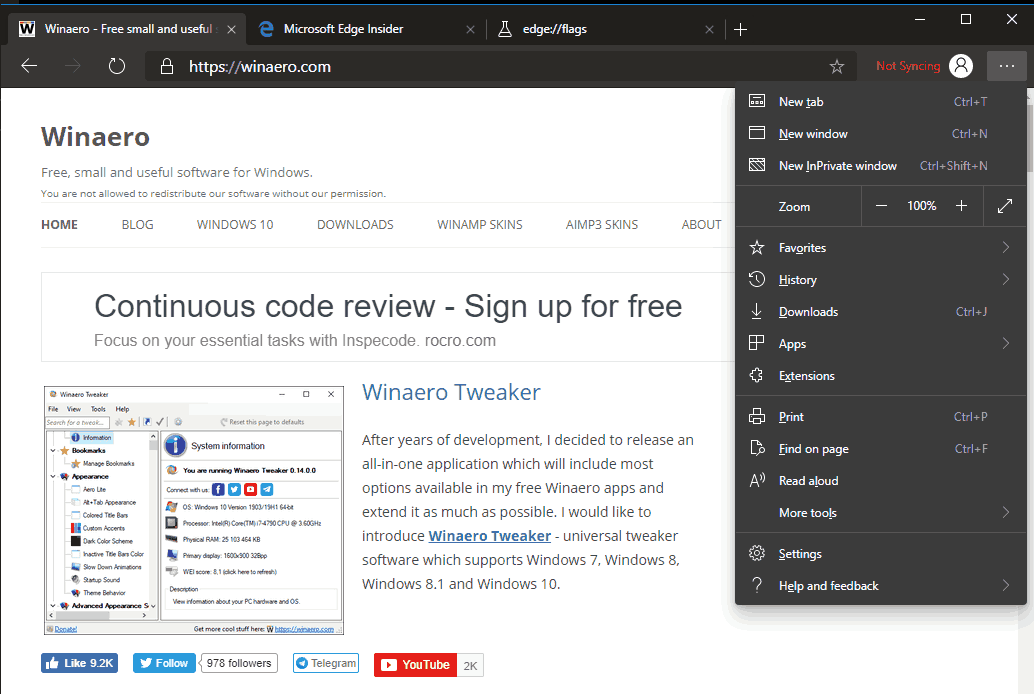 For some reason, the option to change the default search is buried under the Privacy category, and included in the Address bar group of settings. 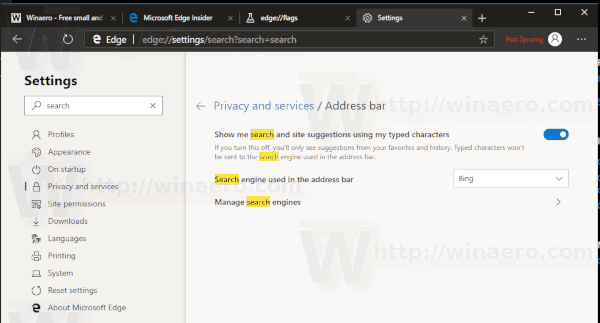 Finally, it allows migrating from Chrome by importing your browsing history, and passwords, bookmarks etc. The appropriate dialog appears at first launch.