As you may already know, Microsoft Edge, the default web browser of Windows 10, is moving to a Chromium-compatible web engine in the Desktop version. We have already seen a few screenshots of its new user interface. Another web page has revealed what appears to be a list of extensions for the chromium-based Edge.

The previous implementation of the Edge browser, built on top of Microsoft's very own EdgeHTML component, already had extensions support. However, the catalog was very limited, lacking many popular and essential extensions. 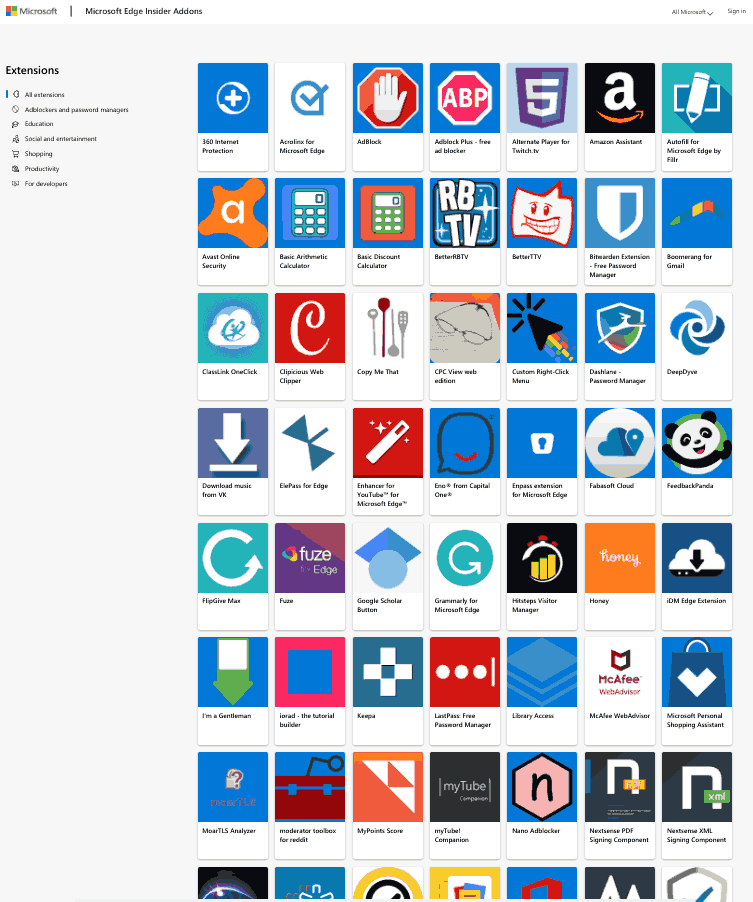 A new page can be found here. It indicates that Microsoft is serious about browser extensions this time. The gallery includes all the popular extensions, such as uBlock Origin, Adblock, various productivity tools, and site-specific add-ons.