Yesterday, Microsoft released Windows 10 Build 16257 to the Fast ring. In this build, the Microsoft Edge browser is updated with Fluent Design.

Here is how the Edge app looks: 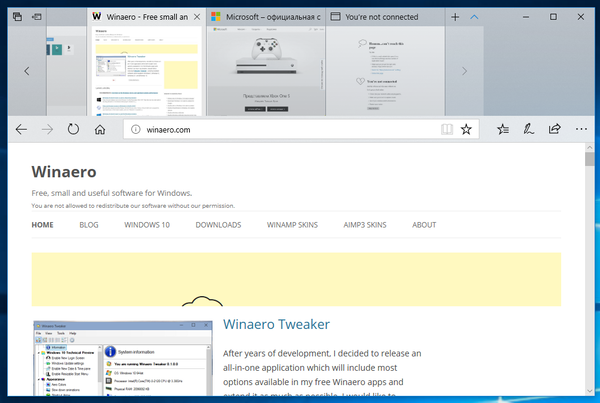 Notice the transparency and blur on the tab preview row.

Another change is the animation effect when the dark theme is enabled.

As of this writing, the Fluent Design is applied to a number of built-in apps like Settings, Groove Music and also to the hidden Modern File Explorer app.

More bits of Fluent Design are expected in upcoming releases of Windows 10.

2 thoughts on “Microsoft Edge is Updated with Fluent Design”