The built-in command prompt in Windows did not change much for a long time. This changed in Windows 10, where the app got a lot of nice improvements. Yesterday, Microsoft announced one more improvement, which is a new color scheme for cmd.exe.


According to Microsoft, the classic color scheme has readability issues because of dark colors used in the command prompt. These colors are not suitable for modern bright IPS and TFT LCD screens with high display resolution. The old scheme was created for old CRT displays.

The same output with the new color scheme: 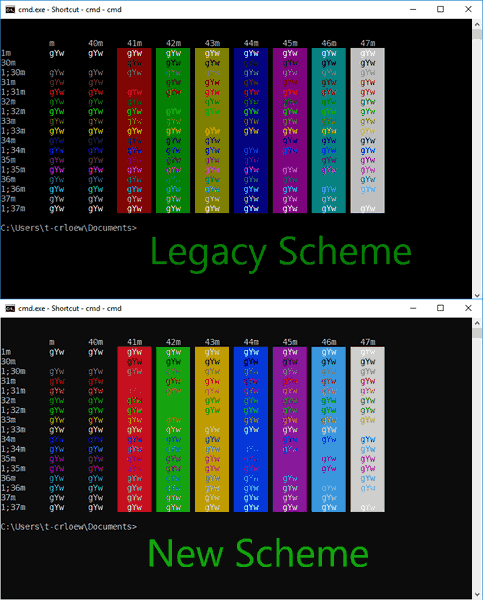 To try out the new scheme, you need to install the latest Windows 10 Insider Preview release, Build 16257. Otherwise, the old color scheme will be used. This can be a bit complicated, since official ISO images have not been released yet for this build.

Microsoft is going to release an update to activate the new color scheme very soon. More details about this change can be found in the official announcement.