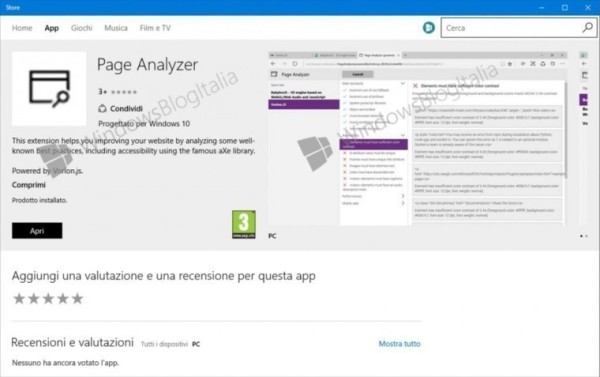 An extension "Page Analyzer", created by Vorlon.js has appeared in the Windows Store. While it looks like an app for Windows 10, it behaves differently. Once the user installs it, it adds a Start Menu entry and registers itself like an app. But when you try to execute it, it opens the Edge browser and starts itself in the browser. Its button also appears on Edge's toolbar.

This is similar to Google Chrome which also has an app store of its own hosting extensions as well as apps.

The Page Analyzer extension seems to be created for web developers. It allows them to test their website performance and compatibility with Edge.

The following screenshot demonstrates the extension in action: 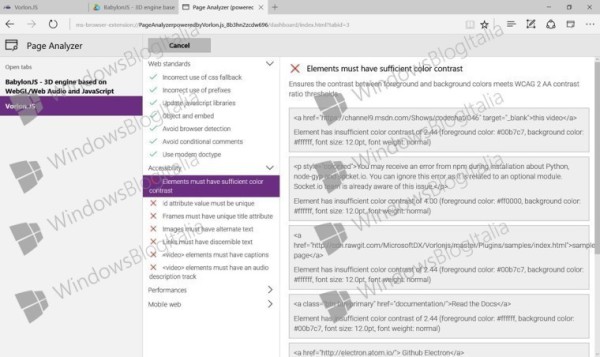 Microsoft Edge extensions are expected to be added in upcoming Insider builds. Rumors say support for extensions might be added even in the next build. Extensions support is being tested internally and almost ready to be rolled out to the public.

Extensions support is the one of most anticipated features of the upcoming RedStone update to Windows 10. Along with other improvements, it should improve the user experience of touch screen device owners. Credits: Neowin.

One thought on “Microsoft Edge extensions are already in Windows Store”