With Windows 11, Microsoft has also introduced a new Media Player app. It replaces the classic Groove Music app, and also will supersede even more classic Windows Media Player software. Microsoft is slowly sunsetting the latter, so it didn't get any new major change for several Windows releases. To keep Windows 10 up to date, Microsoft will make the new Media Player app available in that OS as well. Without a fanfare, the Redmond firm has pushed it to the Release Preview channel.

Microsoft is yet to announce its availability for Insiders and when it comes to Stable versions. But it is already possible to try it if you run Windows 10 Release Preview or a suitable stable release. The app requires Build 19042 or newer to run. 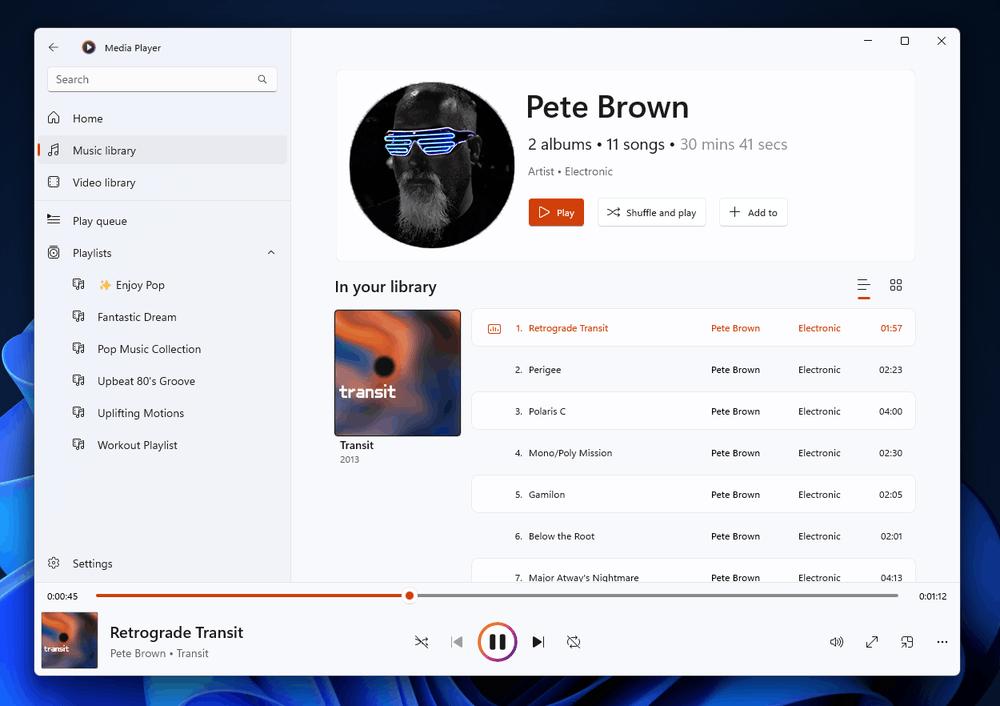 It is also getting more and more new features in Insider releases, such as extra hotkeys and folder navigation support.

After installing it, the app will automatically import the music collection from your Groove Music.

It is worth noting that Microsoft has never exposed the desire to remove the classic Windows Media Player, as it still has lots of users. You will find  Yet it doesn't receive significant updates.

Here's how to install Media Player app to Windows 10

Voila, you now have the most recent Media Player app from the Store running on your Windows 10.