As you may have heard already, Microsoft is working on a new Windows SKU, currently known as Windows 10 Cloud. More information has become available about this build. 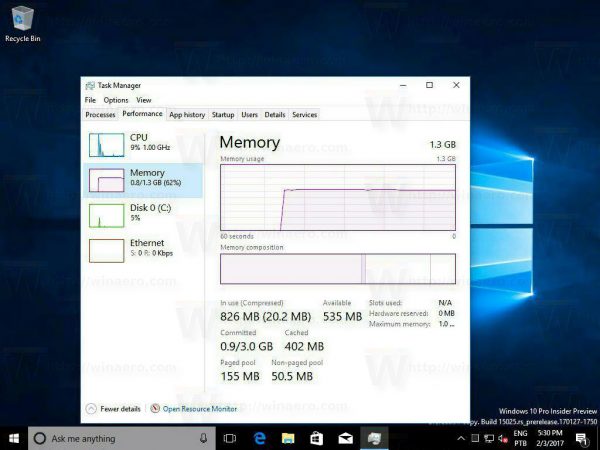 Windows 10 Cloud is expected to be a special edition of Windows 10 designed for low-power devices which are based on ARM SoCs. This edition is known to be limited only to Universal apps installed from the Store. This is similar to Windows RT which has the same limitation. Many consider Windows 10 Cloud as the successor to Windows RT.

Thanks to the leak of Unified Update Platform (UUP) files of Windows 10 Cloud through Windows Update, it is possible to experiment with this OS. The operating system reports itself as Windows 10 Pro build 15025, however, it works completely differently.

It has no support for classic Desktop apps! If you try to install any Win32 app, you will see the following message.

This version of Windows was made to help protect you and your device by exclusively running Windows Store apps.

This sounds weird because as long as the user is aware of what he is installing and is using a well known app with a reputation, it doesn't matter if the app is a desktop app or a UWP app. But this message clearly indicates the direction Microsoft may take Windows in, in the future.

Besides this restriction, many Store apps cannot be installed or launched in the current version of Windows 10 Cloud. Neither can Windows 8 Metro apps from the Store run.

It is also worth mentioning that apps converted from Win32 to the UWP wrapper using Project Centennial app do not work in Windows 10 Cloud. The limitation is very strict and similar to the restrictions implemented in Windows RT. 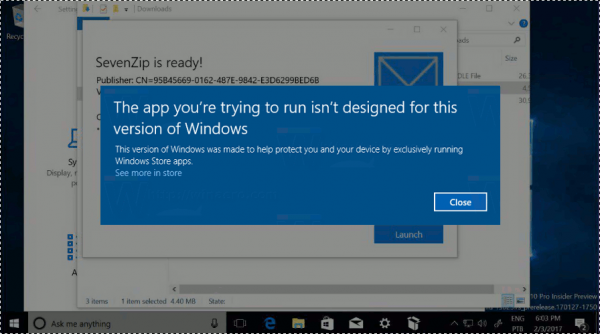 Another surprise is that while many built-in Win32 apps like Paint, Regedit or WordPad can be started as usual, the operating system refuses to launch the command prompt: 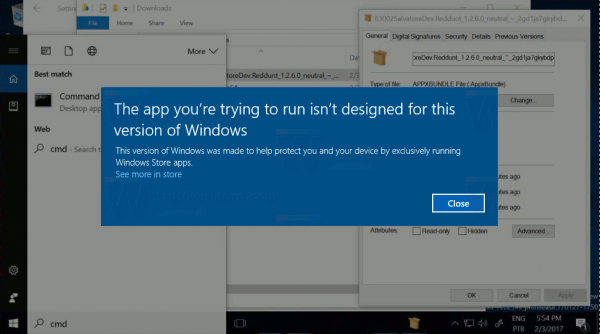 This is totally unexpected. This may indicate a bug in Windows 10 Cloud or it can be by design. Windows Insiders are already familiar with unpleasant moves from Microsoft such as removing the command prompt links from the user interface of Windows 10 Creators Update and replacing it with PowerShell. See the following articles:

It is not clear yet which features we can expect in the final release of Windows 10 Cloud and what limitations the software giant will add to the operating system. Windows 10 Cloud looks more like a competitor to Google's Chromebook devices, which have become quite popular these days. This new SKU can be an attempt to compete with Chromebooks. Microsoft's goal is to get Windows 10 more widely adopted on different types of devices.

Thanks to MSPoweruser and @vitorgrs.

2 thoughts on “Meet Windows 10 Cloud, the successor to Windows RT”