If you are using the Bash On Ubuntu feature in Windows 10, here is good news for you. Starting in Windows 10 Build 17672, the OS includes a native context menu command "Open Linux Shell Here", which appears in the extended context menu of folders (when you hold the Shift key). Here's how to make it always visible.

If you use WSL frequently, you might find it useful to have a special context menu command "Open Linux shell here" that opens the Bash console in the desired folder with one click. To get it working, ensure that you are running at least Windows 10 Build 17672. Then do the following. 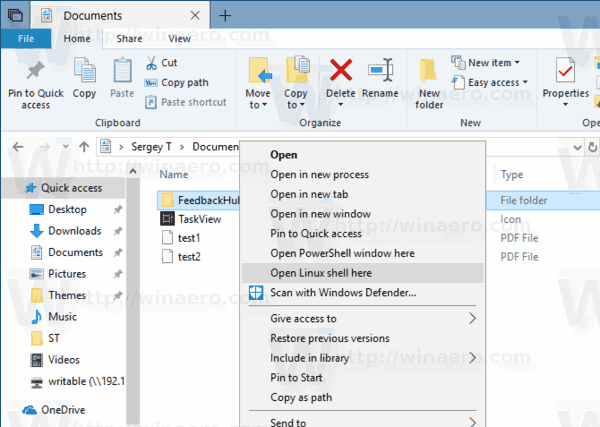 The command opens a new bash console in the selected folder. 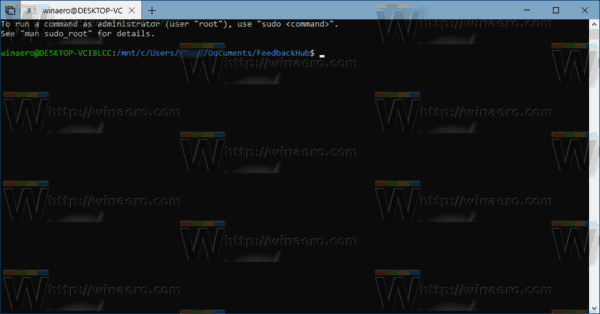 To save your time, you can make it always visible, so the command will be accessible permanently without having to hold down the Shift key.

You are done. The 'Open Linux shell here' command will appear in the context menu, so you can save your time.