As you may already know, Linux Mint comes with a number of editions with major desktop environments, including their very own Cinnamon, MATE (a fork of Gnome 2), XFCE, LXDE and KDE. Today's blog post reveals that the KDE edition won't be supported any more. 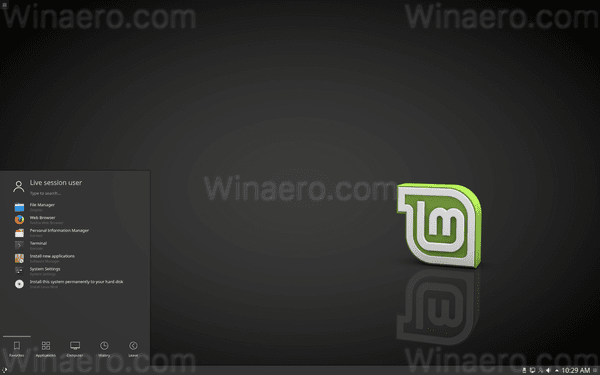 Most of Mint's own apps and DEs they ship are built using GTK. KDE is a Qt-based desktop environment with its own ecosystem and apps. It is hard to maintain the KDE edition for developers who are focused on GTK development.

In continuation with what’s been done in the past, Linux Mint 18.3 will feature a KDE edition, but it will be the last release to do so.

I would like to thank Kubuntu for the amazing work they have done. The quality of Plasma 5 in Xenial made backports a necessity. The rapid pace of development upstream from the KDE project made this very challenging, yet they managed to provide a stable flow of updates for us and we were able to ship good KDE editions thanks to that. I don’t think this would have been possible without them.

KDE is a fantastic environment but it’s also a different world, one which evolves away from us and away from everything we focus on. Their apps, their ecosystem and the QT toolkit which is central there have very little in common with what we’re working on.

We’re not just shipping releases and distributing upstream software. We’re a product distribution and we see ourselves as a complete desktop operating system. We like to integrate solutions, develop what’s missing, adapt what’s not fitting perfectly, and we do a great deal of that not only around our own Cinnamon desktop environment but also thanks to cross-DE frameworks we put in place to support similar environments, such as MATE and Xfce.

When we work on tools like Xed, Blueberry, Mintlocale, the Slick Greeter, we’re developing features which benefit these 3 desktops, but unfortunately not KDE.

Users of the KDE edition represent a portion of our user base. I know from their feedback that they really enjoy it. They will be able to install KDE on top of Linux Mint 19 of course and I’m sure the Kubuntu PPA will continue to be available. They will be able to port Mint software to Kubuntu itself also, or they might want to trade a bit of stability away and move to to a bleeding edge distribution such as Arch to follow upstream KDE more closely.

So, Linux Mint 18.3 will be last version with KDE. After that, you should change your desktop environment to another one supported by Linux Mint or continue with another distro like Kubuntu.