Today, the Linux Mint released a new version of the Debian-based distro 'LMDE'. It has the 'Cindy' code name. Its long awaited version 3 is now available for download. LMDE aims to be as similar as possible to Linux Mint, but without using Ubuntu for the package base. 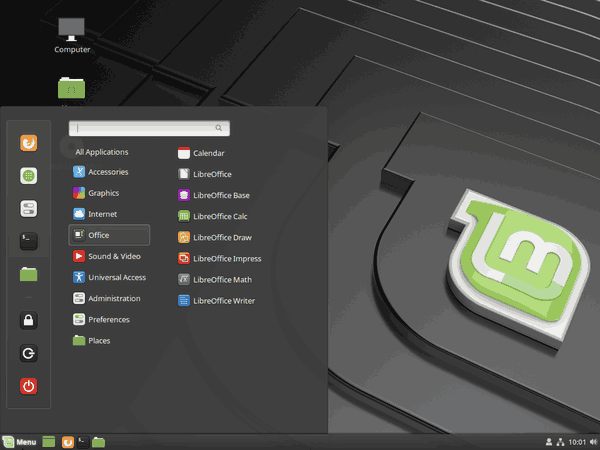 LMDE 3 is based on Debian Stretch. The official announcement states the following:

LMDE is a Linux Mint project and it stands for “Linux Mint Debian Edition”. Its main goal is for the Linux Mint team to see how viable our distribution would be and how much work would be necessary if Ubuntu was ever to disappear. LMDE aims to be as similar as possible to Linux Mint, but without using Ubuntu. The package base is provided by Debian instead.

There are no point releases in LMDE. Other than bug fixes and security fixes Debian base packages stay the same, but Mint and desktop components are updated continuously. When ready, newly developed features get directly into LMDE, whereas they are staged for inclusion on the next upcoming Linux Mint point release.

Tip: Check out what is new in the upcoming Cinnamon 4.0. Also, you might be interested in learning what are the new features of Cinnamon 3.8, which is the most recent stable version at the moment of this writing.

1GB RAM (2GB recommended for a comfortable usage).
15GB of disk space (20GB recommended).
1024×768 resolution (on lower resolutions, press ALT to drag windows with the mouse if they don’t fit in the screen).

You can download both 32-bit and 64-bit ISO images of LMDE 3 from here:

It is a good idea to read the release notes here before installing version so you can be aware of known issues and read useful tips.