If you are using the Bash On Ubuntu feature in Windows 10, here is good news for you. If you upgraded to Windows 10 Fall Creators Update, you can install and run multiple Linux distros. For your convenience, they are available right in the Microsoft Store (formerly known as the Windows Store).


The ability to run Linux natively in Windows 10 is provided by the WSL feature. WSL stands for Windows Subsystem for Linux, which initially, was limited to Ubuntu only. Refer to the following article for details:

If you are interested in installing and running Linux distros from the Microsoft Store, here are some simple instructions for you.

To install Linux Distros from Microsoft Store in Windows 10, do the following.

You are done. Now you can run Ubuntu, openSUSE, and SUSE Linux Enterprise Server alongside one another. 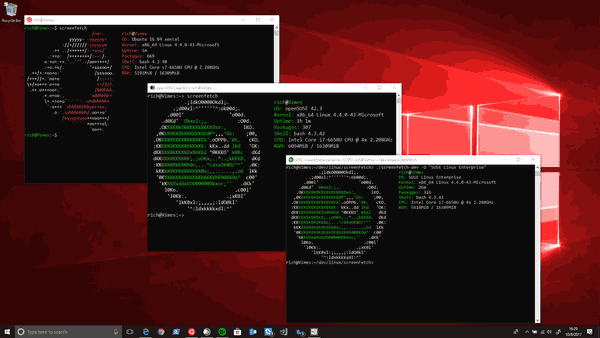