If you are using the Bash On Ubuntu feature in Windows 10, here is good news for you. To enable it in Windows 10 Fall Creators Update, it is not necessary to turn on the Developer mode any more.

Previously, you had to enable Developer Mode (Settings -> Update & Security -> For Developers) in order to run Bash & Linux tools on Windows. This restriction has been eliminated. You can now run Bash on Windows without developer mode being enabled. Here is how.
To enable Bash on Ubuntu in Windows 10 Fall Creators Update, do the following.

Finally, to try Ubuntu Bash in action, do the following:

Note: As of this writing, you have to configure Windows 10 to receive updates from the Fast Ring of the Windows Insider Program. Otherwise, the package is not accessible. This restriction will be removed in September 2017, when Fall Creators Update will be rolled out to the stable branch.

You can use a number of regular Linux console apps and commands, or install more apps in the traditional Ubuntu Linux way. For example, I installed one of my favorite file managers, Midnight Commander using the command 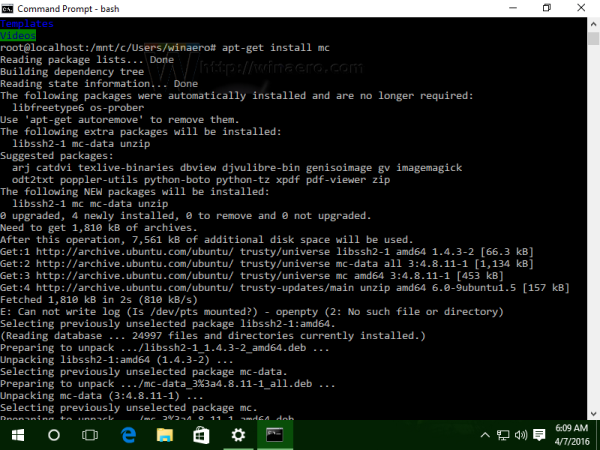 The app works, but its hotkeys do not work properly: 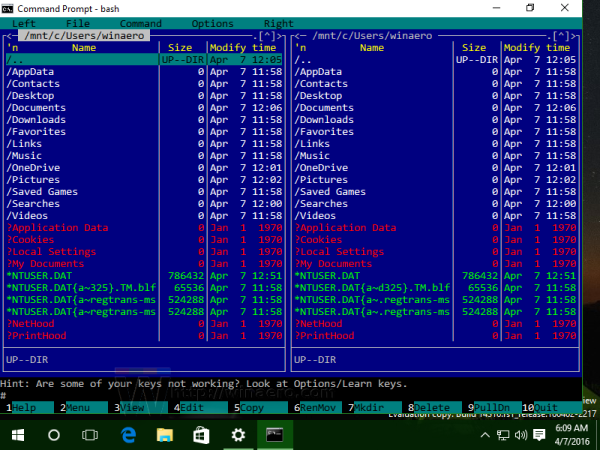 That's it. You have a working Bash console in Windows 10.