Starting today, the Internet Explorer browser is officially discontinued. This shouldn't surprise anyone, as Microsoft announced this move last year. Since that, the company has repeatedly urged users and customers to prepare their organization infrastructure to work without the legacy browser.

The first version of Internet Explorer was introduced in 1995 with the release of Windows 95. Its last major version was released in 2013. Since 2015, the Redmond-based company has been promoting Microsoft Edge as the default browser on Windows. It is in parity with Chrome when it comes to features and the underlying Chromium engine. Currently, Edge is the world's second popular browser on Desktop.

In latest Windows versions, such as Windows 11, Internet Explorer is no longer available. Instead of it, Microsoft ships Microsoft Edge based on the Chromium project. The June Cumulative Updates made impossible to use IE on consumer and IoT editions of Windows 10 in version 20H2+. The user will be redirected to Microsoft Edge when Internet Explorer 11 starts. After some time, Microsoft intends to completely remove the legacy browser.

The "IE Mode" feature in Microsoft Edge helps companies to migrate smoothly. It provides compatibility with legacy web services and sites. For example, it can run ActiveX controls that were created exclusively for Internet Explorer. 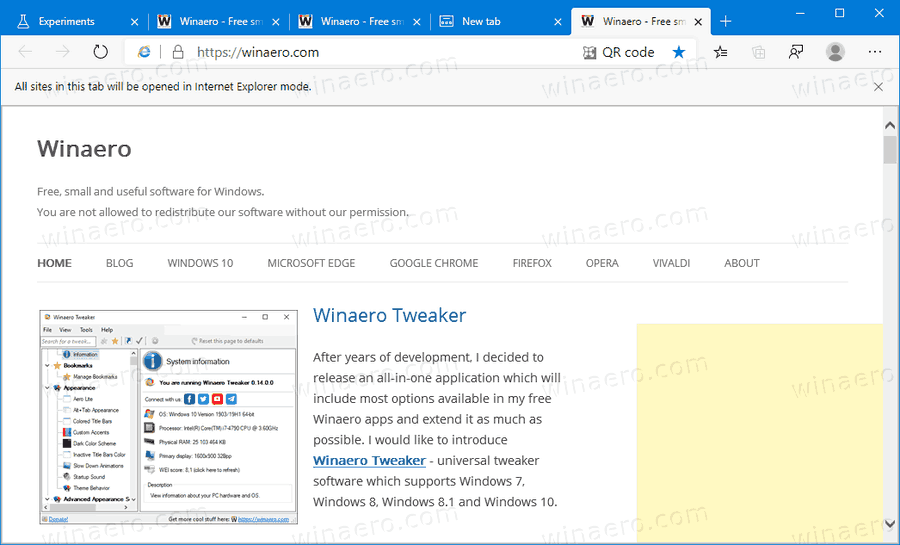 Microsoft is going to support of IE Mode until 2029.  However, it will require you to run a supported Windows version and edition. Microsoft won't support IE Mode on operating systems that reached their end of life. Microsoft noted that they might release a browser extension for Edge to extend IE compatibility on discontinued Windows 10 and Windows 11 releases.

One thought on “Internet Explorer is officially dead”