Today is Patch Tuesday, so Windows 11 and supported Windows 10 versions are getting new patches. After enough testing, Microsoft is releasing Windows Spotlight for Desktop to everyone. It is now available in the stable version of Windows 11 with KB5014697. It raises the OS version to Build 22000.739.

Windows 11 Build 22000.739 contains miscellaneous security improvements to internal OS functionality. Also, it includes all the changes from KB5014019. The latter was released as an optional "C" update in May.

After installing today's KB5014697 patch, you will be able to set Windows Spotlight as your desktop background. It will download stunning images from the Internet and use them as your wallpaper. 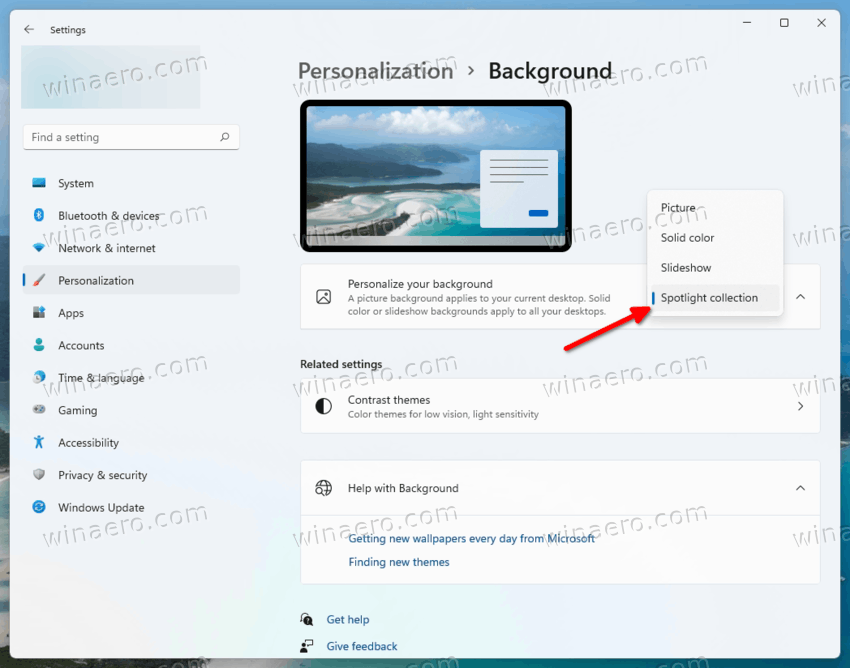 Note: You can quickly check what build you have installed. For that, press Win + R and type winver in the Run dialog.

The rest of the change log looks as follows.

Also, check out this official blog post to learn more about the improvements included in this build.

The patch KB5014699 similar for both version 21H1 and version 21H2 of Windows 10, as they built against the same code base. After installing it, you will have the following OS versions.

The official change log comes with the following highlights.

You don't need to perform extra steps to get these updates. They will be installed automatically via Windows Update. You can speed up this process by opening Settings (Win + I), opening the Windows Update page, and clicking the "Check for updates" button on the right.