How to Install or Uninstall Windows PowerShell ISE in Windows 10

Starting with Windows 10 build 19037, the PowerShell ISE app is now an options feature installed by default (Feature on Demand). This means that it is now listed in the Optional Features, you will be able to install or uninstall it easily.

PowerShell is an advanced form of command prompt. It is extended with a huge set of ready-to-use cmdlets and comes with the ability to use .NET framework/C# in various scenarios.

PowerShell was initially released in November 2006 for Windows XP SP2, Windows Server 2003 SP1 and Windows Vista. This days, it is a different, open source product. PowerShell 5.1 introduced editions to the app. Microsoft first announced PowerShell Core edition on 18 August 2016, along with their decision to make the product cross-platform, independent of Windows, free and open source. It was released on 10 January 2018 to Windows, macOS and Linux users. Now it has its own support lifecycle.

What is Windows PowerShell ISE 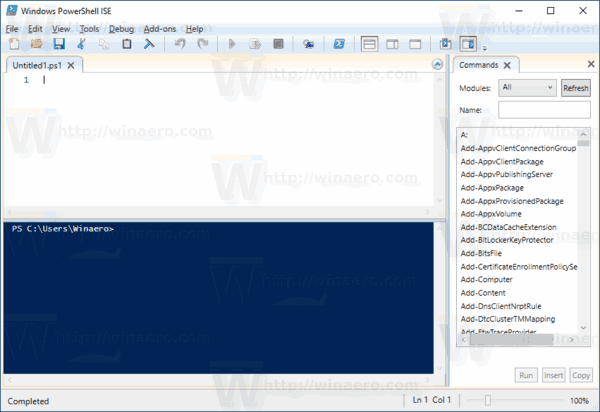 In recent Windows 10 versions, PowerShell ISE is an optional feature. To install or uninstall PowerShell ISE, you can use either Settings, or the command prompt.

To Install or Uninstall Windows PowerShell ISE in Windows 10,

You are done. Alternatively, you can use the command prompt console to manage optional features.