Today, many PCs ship with very high resolution displays even if the PC form factor is smaller for example, an Ultrabook or a tablet. Or you may have a desktop monitor with 4K resolution. At such resolutions, Windows automatically turns on DPI scaling so everything on your screen becomes larger. However, there are some third party apps, which don't render properly on high DPI screens. They look too small for the screen resolution. Let us see how to fix them if Windows 8.1 or Windows 10 does not scale them properly. 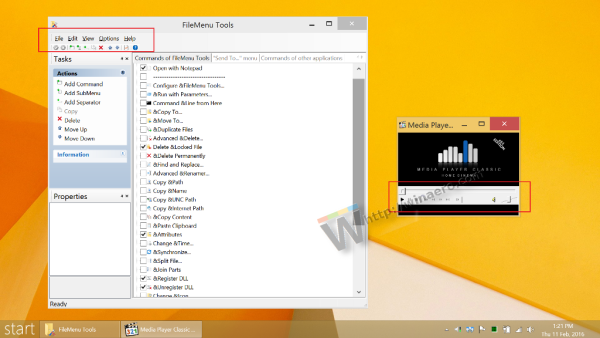 Typically, such apps were written before high DPI displays appeared and were not properly updated to support high DPI. They appear too small on the screen with impossible to read fonts and they don't scale properly. Often buttons are misplaced or too tiny to click for old apps which haven't been updated for high DPI displays. Windows normally scales all apps automatically using XP style scaling as well as DPI virtualization for those apps that don't tell Windows that they are DPI aware. However there are some apps which lie to Windows that they are high DPI aware even if they are not, which is why Windows does not scale them. Such apps render improperly on full HD or 4K resolutions.

To fix them, a trick can be done which forces Windows to scale the app using DPI virtualization. However according to my testing, it can only safely be done on Windows 8.1 and Windows 10. The procedure is long and a bit complex for novice users but there is no quick GUI in Windows to force DPI virtualization on for a specific app. Doing the Registry tweak involved in this tweak on Windows 7 or Windows 8.0 caused some strange behaviors and side-effects like system tray icons disappearing so do it at your own risk if you run these OSes. If you are running Windows 8.1 or Windows 10, continue with these instructions.

The app should be scaled by Windows DPI virtualization feature and will no longer look too small with unusable controls. The text may look blurry but that's because the app developer didn't update the app for high DPI. Slightly blurry text is tolerable than unreadably small sized user interface with tiny controls.

If the app is still being actively developed, you should contact its developer to so he will actually make it scale properly at high DPI and not just mark the EXE as high DPI aware. If the app is no longer being maintained, then you are out of luck. This is as good as the app will look (with slightly blurry text). However, the app should be usable now.