Windows 10 now comes with the telemetry feature enabled by default which collects all sorts of user activity and sends it to Microsoft. Unfortunately, Microsoft has provided no way to disable it completely using the Settings app for Home and Pro editions of Windows 10. Only Enterprise users can turn it off. Here is a solution for editions other than Enterprise to disable Telemetry and Data Collection in Windows 10.

Before we start, I definitely should mention one fact. Beware Windows 7/Windows 8 users, your operating system might be spying on you as well! See the following article: Telemetry and Data Collection are coming to Windows 7 and Windows 8 too

Please find time to read the following article: Stop Windows 10 spying on you using just Windows Firewall. This might be interesting and useful for you. You can combine all mentioned tricks below with the Firewall tip.

As you use Windows 10, Microsoft will collect usage information. All its options are available in Settings -> Privacy - Feedback and Diagnostics. 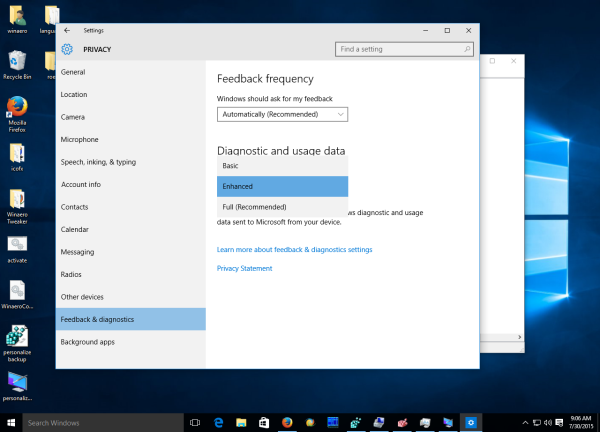 There you can set the options "Diagnostic and usage data" to one of the following options, as described by Microsoft:

Now, you need to disable a couple of Windows services. Right click the File Explorer item in Windows 10 Start menu and pick Manage from its context menu: 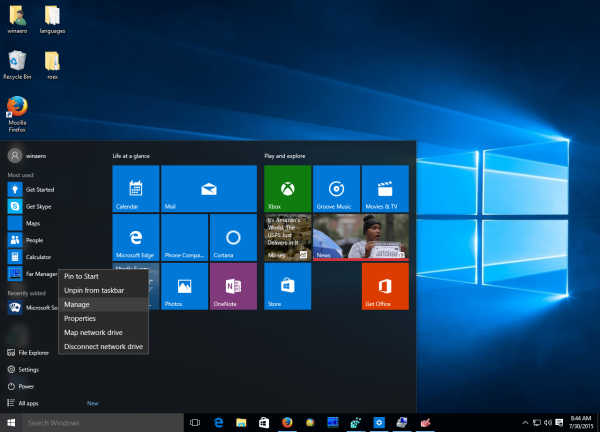 Go to Services and Applications -> Services in the left pane. In the services list, disable the following services:

Update: Windows 10 version 1511 changed the Diagnostics Tracking Service to Connected User Experiences and Telemetry service. You will need to disable

Double click the mentioned services and pick "Disabled" for the startup type: 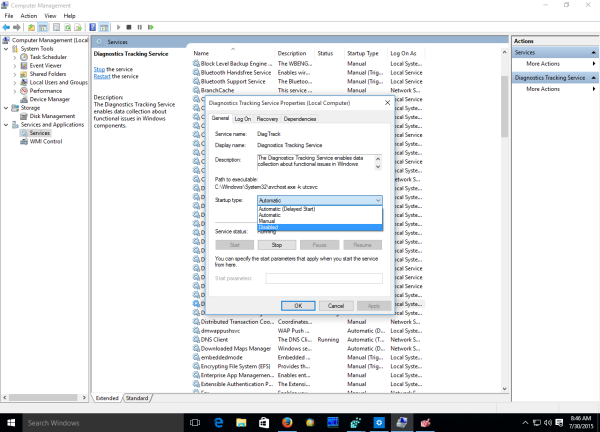 You need to restart Windows 10 for changes to take effect.

Tip: it is a good idea to check out rest of the options in the Settings app - >Privacy.

This should prevent Windows 10 from spying on you. If you have a more elegant solution for this or any questions, feel free to write a comment.