Last month, Microsoft announced a new operating system version, Windows 11. It comes with tons of new visual changes and looks nothing close to its predecessor. You will find the Start menu, taskbar, Action Center, Settings app, and even more.

A new post in the official blog reveals more detail about the changes made to the context menus and the Share dialog.

The context menus in Windows 11 are "compact" by default. This means that only a few select commands are visible by default. You can access the whole set of the commands by clicking on the new Show more options entry. Microsoft explains its view of the change.

Obviously, context menus are a very important part of the operating system. They can significantly reduce the number of steps required to perform file operations. But at the same time, it is obvious that they should have been improved a long time ago. Let's see the main problems of the old context menus.

The context menu in Windows 11 addresses these issues. 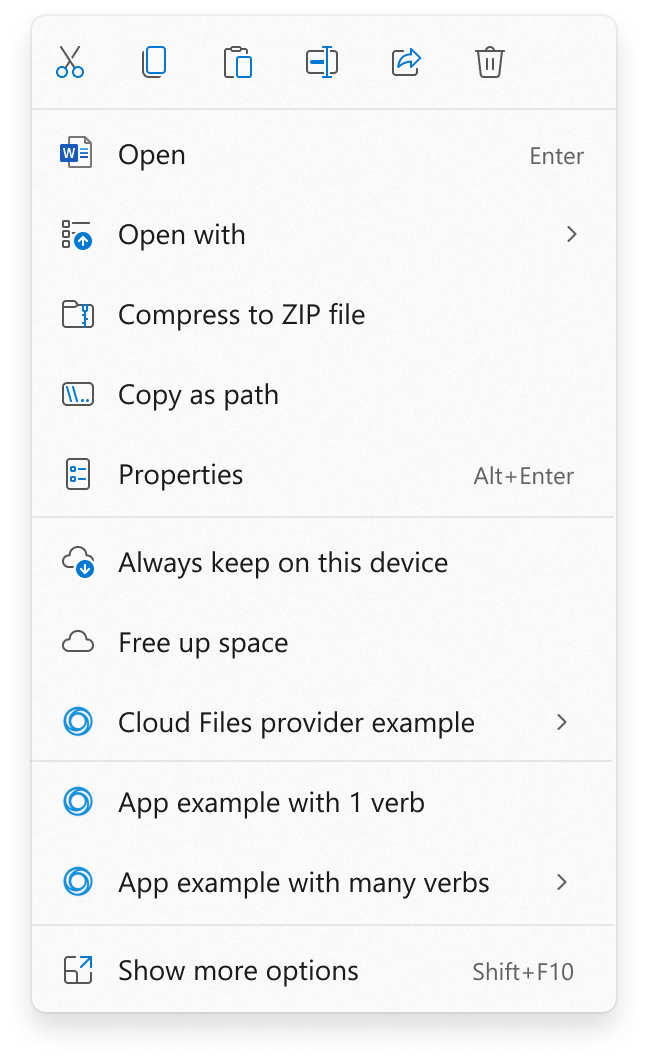 The share dialog has also been improved in Windows 11.

Also in the blog, Microsoft has provided extra details for developers, so they learn how to place a custom item to the context menu and make it visible in its compact (default) version. You can continue reading on this page.