During Build 2019 Microsoft showcased the initial version of the Chromium-based Microsoft Edge web browser.. Its preview versions are still available exclusively to Windows 10 devices, but that should change soon.

At Build 2019 the company has finally revealed the Edge Chromium browser running on Mac. As expected, it doesn't include any new feature built specially for the macOS. Here's a screenshot that demonstrates the software in action. 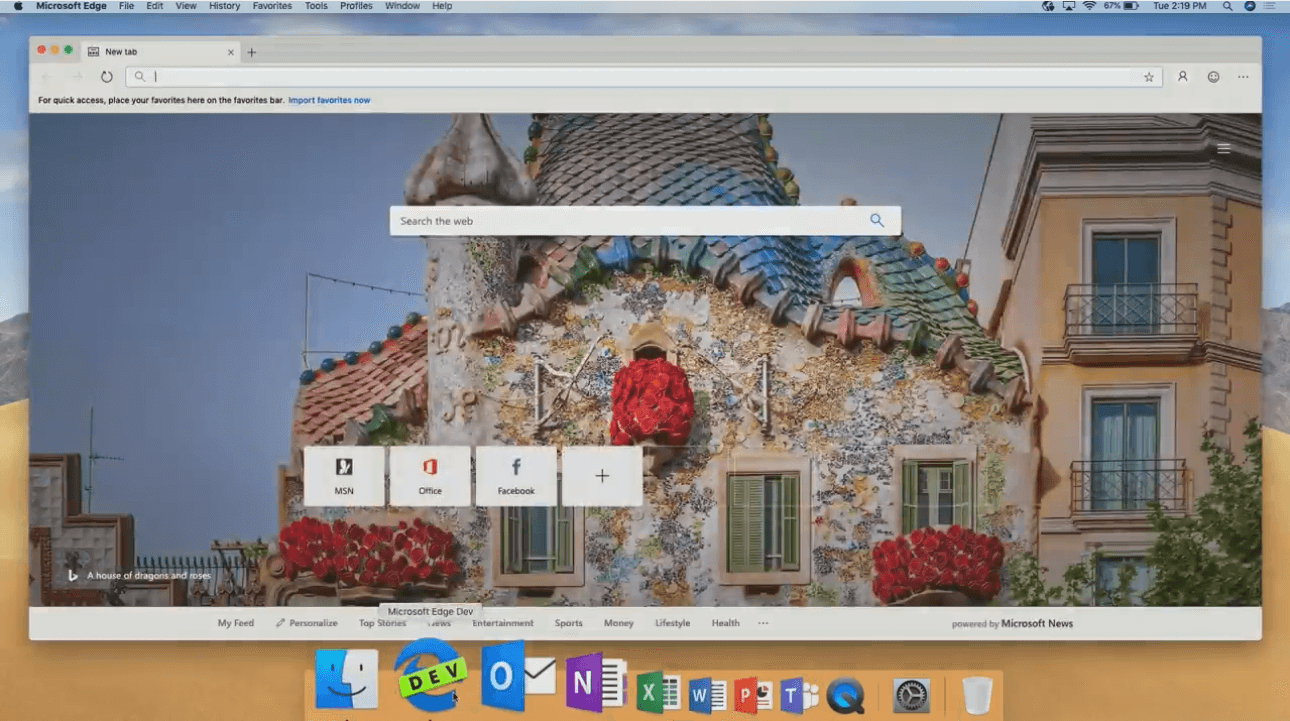 The Canary and Dev channels for the new browser should go live pretty soon. However, the Redmond software giant didn't name the exact release date. At the moment of this writing, the official web site doesn't provide binaries for macOS.

Also at Build 2019, Microsoft has announced a number of new features Microsoft Edge based on Chromium will receive in the near future. The set includes Internet Explorer mode for backward compatibility, new privacy options, and a brand new Collections feature. Check out them here:

These are upcoming features of Microsoft Edge Chromium

If you cannot wait to try Microsoft Edge on your Mac computer, here is a bit of good news. The famous Windows enthusiast WalkingCat Has managed to find links to the Microsoft Edge for Mac version 76.0.151.0 built in the Canary channel (see the linked tweet). The same app version has been compiled in the Dev channel.

Here is everything you need to know about the new Microsoft Edge browser: