The company has announced that Chrome will limit the resources a display ad can use before the user interacts with the ad. When an ad reaches its limit, the ad's frame will navigate to an error page, informing the user that the ad has used too many resources. Here is an example of an ad that has been unloaded: 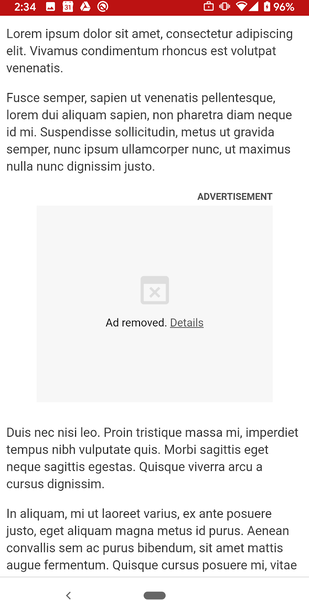 The blog post says the following about ad resource thresholds.

To determine the threshold limits for the unloading, we extensively measured the ads Chrome sees. We targeted the most egregious ads, those that use more CPU or network bandwidth than 99.9% of all detected ads for that resource. Chrome is setting the thresholds to 4MB of network data or 15 seconds of CPU usage in any 30 second period, or 60 seconds of total CPU usage. While only 0.3% of ads exceed this threshold today, they account for 27% of network data used by ads and 28% of all ad CPU usage.

If you would like to test this new feature in action, you can enable it with a flag. Google Chrome includes a special option starting in version 80 named "Heavy Ad Intervention".

To activate it, check out the following detailed tutorial: