A small but useful update is on the way to the Global Media Controls flyout in Google Chrome. Canary users can spot a new "Mute" button that allows disable the sound for the media stream with ease.

You must be already familiar Global Media Controls if you are Chrome or Edge user. That  feature of the browser lists all the active media streams from all tabs in a special panel. You can access it via a toolbar button, that has a note icon. Today's Canary build of the browser adds one more minor feature that many may find useful. Now you can mute the sound with one click. 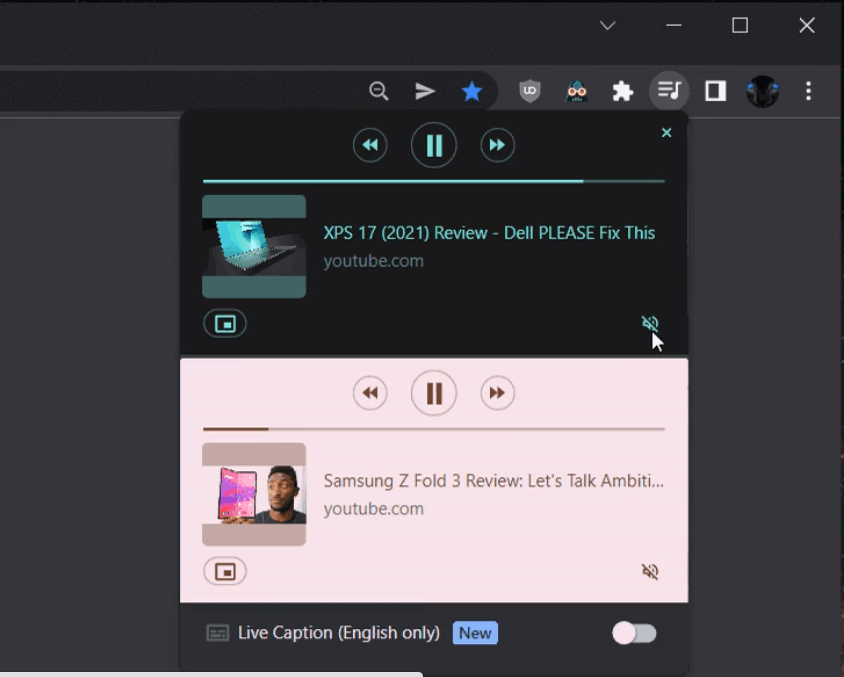 The Mute button appears in the bottom right corner of each tile, i.e. it allows muting streams individually.

Global Media Controls is currently available in Chrome for a while. But all the feature improvements first land in the Canary releases. It is currently not known when the new additions will become in the production version of Chrome. You can expect these improvements to appear first in the Beta channel and later move on to more stable builds.

As for Microsoft Edge, the Redmond software giant usually quickly adds new Chromium features to Edge and actively contributes to the development of this project. However, Microsoft may or may not change how the feature works. There is always a minor difference between two browsers when it comes to their common features.