As you may already know, Microsoft is working on beautiful 3D emoji for Windows 11 to replace the current 2D flat emoticons. The updated emoji are already available in Microsoft Teams, so Teams users can enjoy better-looking graphics. The updated emoticons is yet to come to Windows 11, but if you are using the Telegram messenger, you can enjoy them right now. 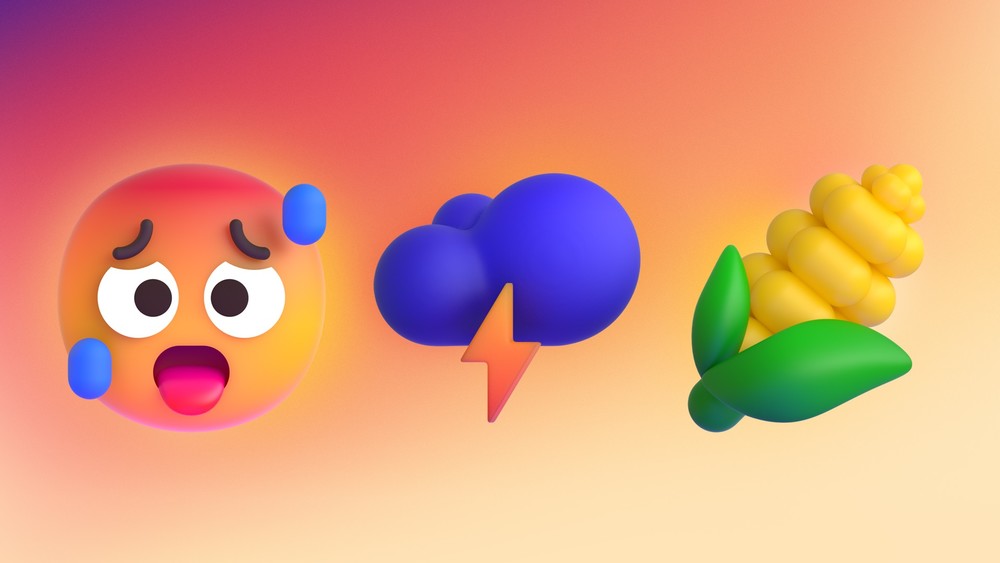 Here's a story behind the emoji. Microsoft was abut to include 3D emojis as a part of Windows 11, but in October 2021, the company released a flat 2D version instead of the promised redesign. After users accused Microsoft of false advertisement, Brandon LeBlanc from the Windows Insider team said the marketing team used "wrong graphics" to promote new emojis in Windows 11.

Some time later, Nando Costa, the lead designer at Microsoft Design, announced that 3D emoji will become available in Windows 11. By that time, Microsoft was working on them. Several days ago they finally reached the Teams app, but not Windows 11. They are yet to come to the OS.

However, a third-party developer @HiSticker managed to created 13 impressive sets of stickers that provide the full 3D emoji coverage in Telegram. 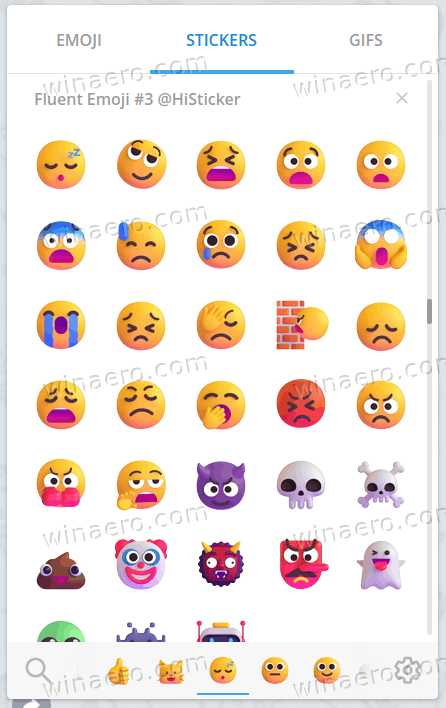 If you are a fan of Microsoft's modern artwork, go ahead and click these links to get stickers installed in your Telegram messenger. You can also subscribe to Winaero on Telegram.

There are also 3 extra sets (non-animated)

So, there are 10 animated sticker sets, and 3 non-animated static stickers in the packs. According to the author, it is a work in progress, so more stuff will come in the near future.

As for Windows 11, we currently don't have the exact date when 3D Fluent emoji will land in the operating system. So as of now we only have the updated colorful but flatter emoticons. By the way, you can easily get them in older Windows versions, i.e. in Windows 10. Just follow this simple tutorial.