Classic Shell is the world's best Start menu alternative for Windows 7, Windows 8 and Windows 10 which provides a huge number of customization options to the Windows shell. Along with the Start menu replacement, it allows the user to improve the usablity of File Explorer and Internet Explorer by adding advanced features which are missing by default. Despite adding so much value, the Classic Shell app is still freeware. 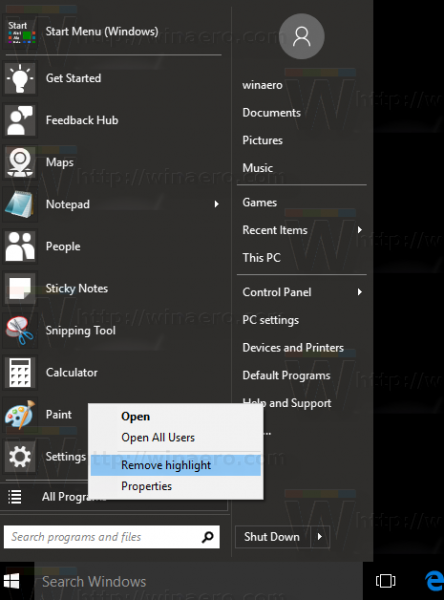 When you upgrade from an earlier build of Windows 10 to Anniversary Update, also known as version 1607, it partially deletes Classic Shell's files and prevents the application from starting. After that, the user cannot even re-install or uninstall Classic Shell and ends up with a broken setup. Here is how to resolve this issue.

Once this is done, Classic Shell will start working for you. Keep in mind that if Microsoft does not change the upgrade program behavior, you need to repeat this procedure after every major ("feature") upgrade for Windows 10.

Microsoft has removed Classic Shell previously too during the beta period of Windows 10. However, it is surprising that they keep removing it in stable builds of Windows 10.

Have you faced this issue where your Classic Shell got damaged after the upgrade to Windows 10 version 1607? Tell us in the comments.