Firefox 97 has removed the classic Print Preview dialog from the browser. The modern Print Preview page is now the only option you can use. Mozilla has discontinued the appropriate setting.

The newer Print Preview page was first introduced in Firefox 81. It shows all the printing options on the right. The most of its space is occupied by a preview of the page you are going to print.

Here's how it looks: 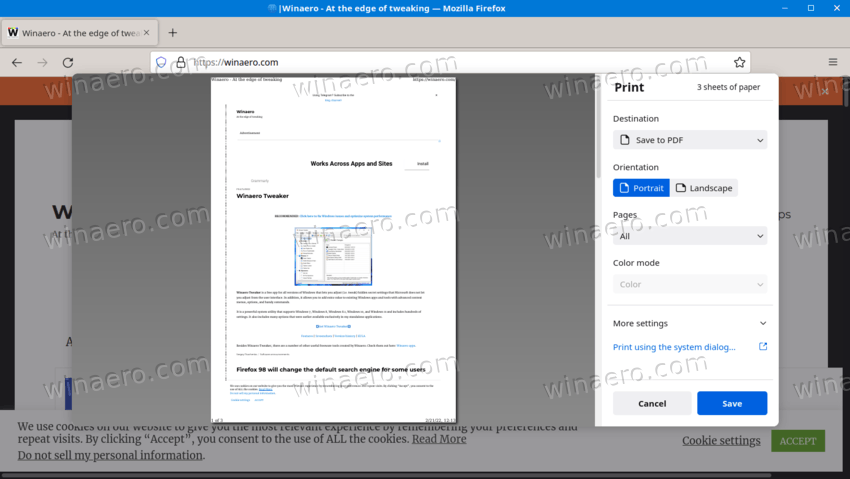 For a comparison, the classic one has the following appearance: 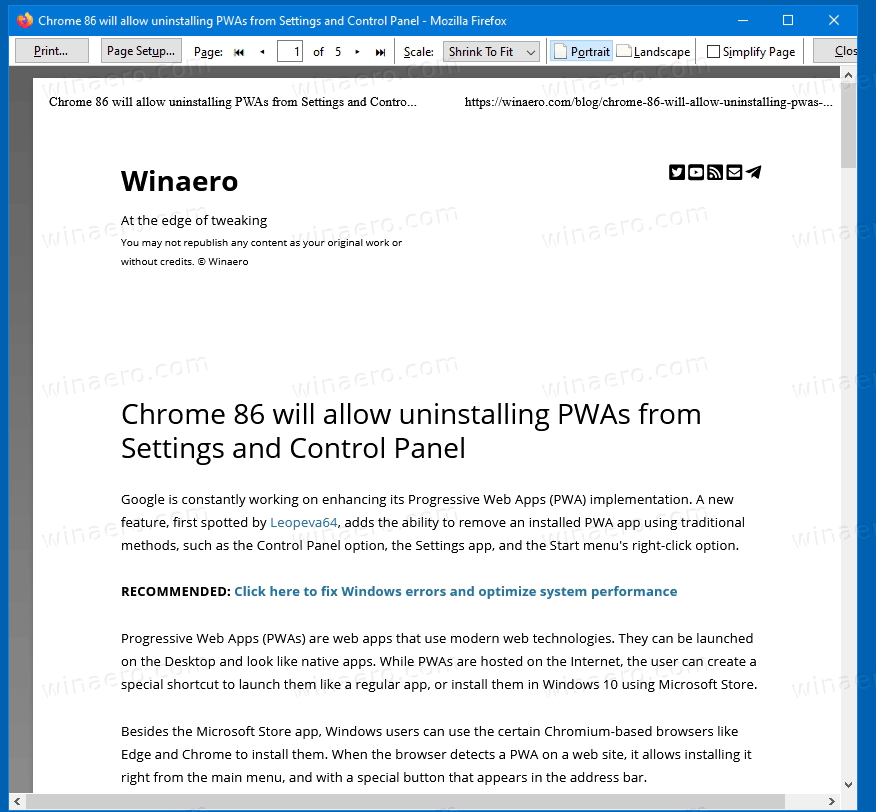 The newer one includes a link to the built-in print dialog, however, it includes most of it features you usually change. Those include the ability to choose a printer, change the number of copies, document orientation, and so on.

Along with introduction of the new dialog, Mozilla has added a special about:config option to disable the new dialog and restore the classic one. That allowed users who was not impressed by the change to get what they used to. Also, if the new dialog could cause some issues, it was possible to simply get rid of it and continue with the good old stable version.

It looks like Mozilla finds the newer dialog stable enough for all users. To the classic Print Preview dialog is now discontinued. Firefox 97 no longer includes the print.tab_modal.enabled preference that enables/disables the new dialog, so users will have to deal with the modern Print Preview page.

Update: In Firefox 101, use the print.print.prefer_system_dialog prefernce for the same. Set it to true to get the system print dialog.

Perhaps the number of users who still used the older Print page in Firefox is not that big. But those must be disappointed by the change. But for Mozilla, the new dialog is a step forward. Thanks to the underlying technologies, it allows the company have a unified look of the Print Preview page on all supported platforms.