Mozilla is today releasing Firefox 67 to the stable branch. Let's see what is new in this version of the popular browser.

Firefox 67 is a major release of the Quantum engine-powered browser. Since 2017, Firefox has the Quantum engine which comes with a refined user interface, codenamed "Photon". The browser doesn't include support for XUL-based add-ons any more, so all of the classic add-ons are deprecated and incompatible. See

Thanks to the changes made to the engine and the UI, the browser is amazingly fast. The user interface of Firefox became more responsive and it also starts up noticeably faster. The engine renders web pages much faster than it ever did in the Gecko era. In addition, Firefox 67 will come with a major enhancement further made to the Quantum engine called WebRender, which will be enabled for a small group of users. Here are the most important changes made to the Firefox browser in version 67.

Let's review them in detail.

Starting with Firefox version 67, Firefox will use a dedicated profile for each installation of Firefox (including Nightly, Beta, Developer Edition, and ESR installations) . This will make Firefox more stable when switching between installations on the same computer and will also allow you to run different Firefox installations at the same time.

It is worth mentioning that it is already possible to simultaneously run different Firefox versions with individual profiles without installing Firefox 67. The browser allows you to specify the full path to the profile with a special command line argument.

Screenshot Upload functionality has been removed

As may already know, there is a built-in screenshot feature in Firefox that allows taking snips of an open page. In previous Firefox versions, you could host captured screenshots on Mozilla's server with a special 'Upload' button.

This feature is now removed. You can still take screenshots and save on your local computer. 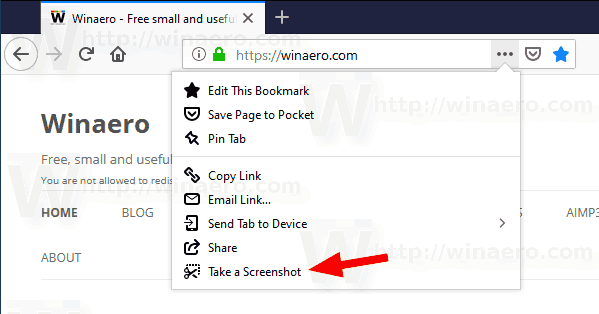 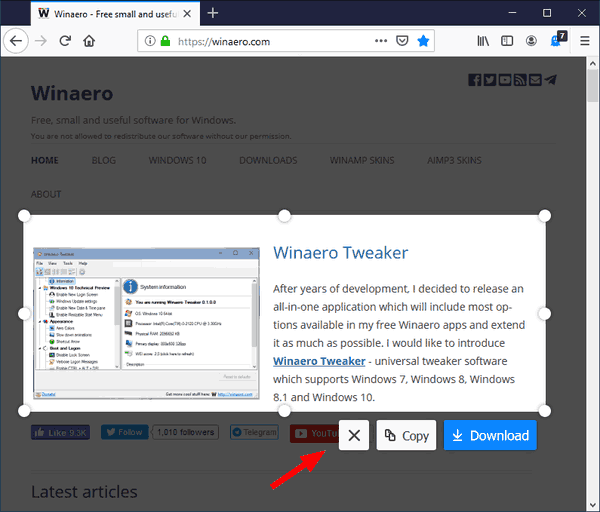 Starting with Firefox 67, all extensions won't be available in Private Browsing mode. To allow an extension to run in Private browsing mode, you need to enable a new option in the Add-ons manager. 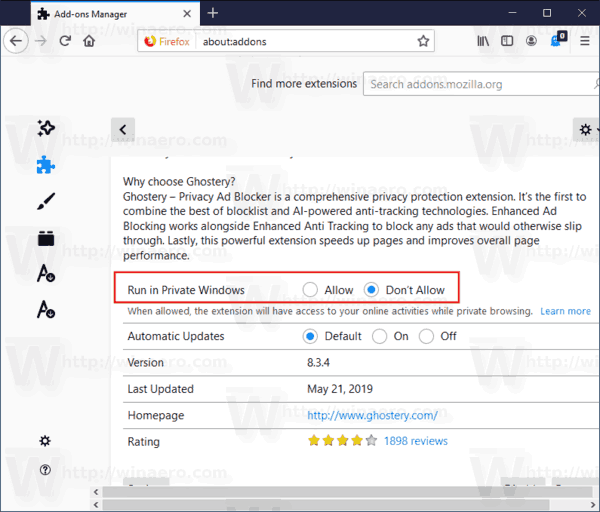 Starting with Firefox version 67, the browser may include cryptomining and fingerprinting protection that will block JavaScript code of cryptominers and terminate fingerprinting attempts by certain websites.

It can be tweaked by using the following new options: 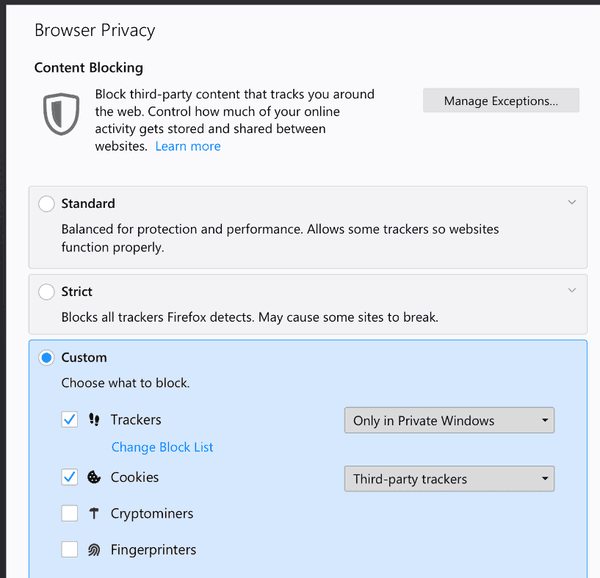 The site information flyout can be used to see if the browser found and blocked some cryptomining and fingerprinting on the currently open web site. 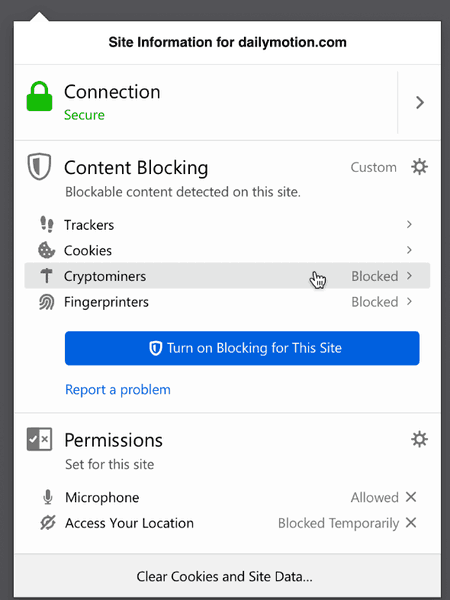 The options will allow the user to quickly add exceptions for a web site.

If you are not familiar with web cryptominers, they are programs written in JavaScript. They are intended to utilize your computer's resources to mine one or more cryptocurrencies like Bitcoin. When you visit a web site with a cryptominer, it will cause a high CPU load as long as it is open.

A browser fingerprint is a set of properties collected for unique identification of a user or device. It may include the screen size, installed languages, extensions, plugins, and regional options. In other words, the information that your browser reports to a web server or a web site is often enough to build a reliable fingerprint.

WebRender is enabled for a small select group of users

WebRender, previously known as Quantum Render, will replace Gecko's graphics subsystem. It is coded in the Rust programming language and uses the GPU more effectively than Gecko does, driving it more like a game would, than a web browser. Back in 2017, Mozilla launched Firefox Quantum, but WebRender was not ready at the time. The details about the new WebRender engine can be found here.

As of now, WebRender will be enabled for 5% of compatible systems. It is tested on Windows 10 with NVidia GPUs.

Firefox 67 demonstrates improved performance thanks to the following changes.