Windows 11, the new operating system from Microsoft due to release somewhere this year, comes with significant design changes, improvements, and, arguably, some downgrades. Apart from updating the UI in Windows, Microsoft is updating designs for other popular apps. Office, for example, received an improved UI in the latest update in the Office Insider program. And although Microsoft did not announce any major redesigns for the Edge browser, it has already received some Windows 11 exclusive UI tweaks.

The latest update to Edge Canary brings one new experimental flag. You can access it by opening the edge://flags section. Then, find the Enable Windows 11 Visual Updates flag and change its value from Default to Enable. Finally, restart Microsoft Edge to apply the changes. 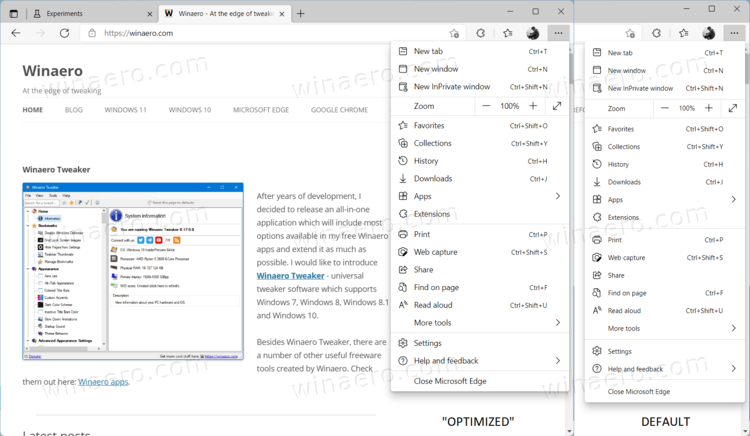 As of now, the new flag does not do much to the UI in Edge. So far, it only changes the window controls, button look, and alters the font size in various menus. 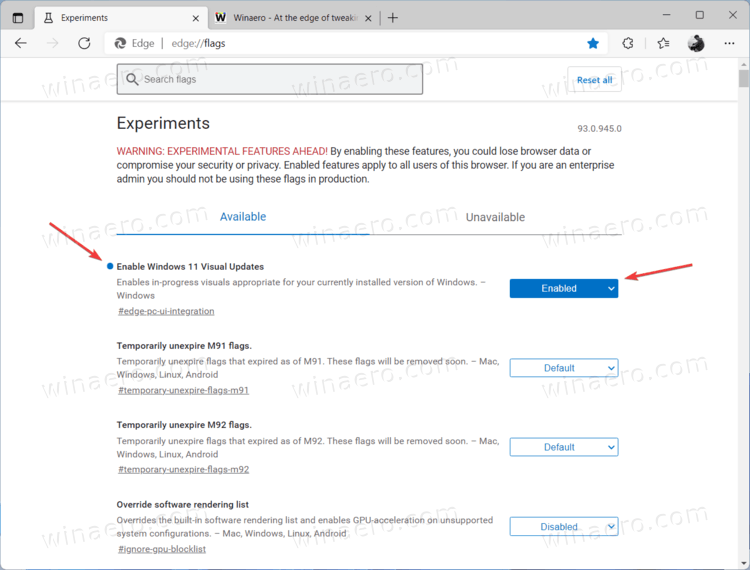 The latter looks weird compared to the stable version of Microsoft Edge. Clearly, Edge UI optimizations for Windows 11 are in the early stages, with more to come, although Microsoft is yet to announce what it intends to do.

Speaking of fonts, Microsoft recently announced improved font rendering in Microsoft Edge. You can try it in all three preview versions of Microsoft Edge (Beta, Dev, and Canary) using a dedicated experimental flag.

Windows 11 is currently available in the Dev channel in the Windows Insider program. The operating system has already received its second preview update with a host of fixes and changes. Microsoft plans to ship Windows 11 later this fall on new devices and existing compatible hardware.

You can catch on the latest news and guides for Windows 11 here on Winaero. If you want to try Windows 11 on your computer, make sure your device has a compatible CPU. Moreover, you need to enable TPM and SecureBoot before installing Windows 11.