Recently, we reported that the Dropbox UWP app was now available on Xbox One with the latest update and it also featured new UI changes. However, the update for other platforms still lacked the new UI design that its developer, Rudy Huyn, was teasing on his Twitter account. With a new app update rolling out now for both desktop and Mobile versions of Windows 10 and also for Xbox One, the new design is available to all of its users. 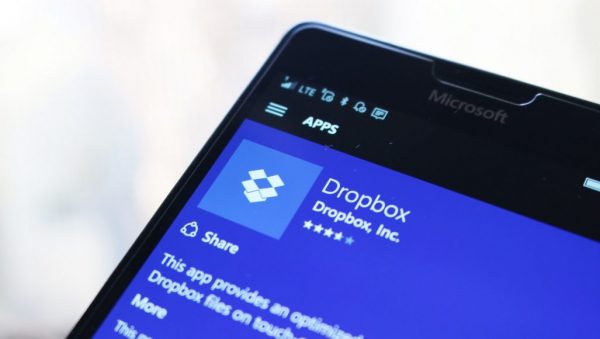 The update itself is considered a minor one since the updated design should've arrived on all platforms simultaneously but for some reason it happened only now. So since there's no specific change log for this app version, here's the most recent one available, mentioning a few other minor changes in version 4.6:

Be sure to check for updates manually if you haven't received it yet for some reason. And if you're a new Dropbox user, the app is available in the Windows Store.