Here's how to download Media Feature Pack for Windows 11 N and restore multimedia features in "N" editions. Microsoft has made available Media Feature Pack for N Editions of Windows 11. The "N" edition is targeted for Europe, and "KN" for Korea. Both editions include all the essential features of the OS except Windows Media Player, the Music app, Video, Voice Recorder, Movies & TV, and a number of codecs required to play some video and audio. If you want to have these features in your Windows 11 N, you need to install the official Media package.

Two special editions, N and KN, are not a new thing to Windows 11. They are available for a number of previous releases of the OS.  They exist since 2004 because of European Commission which forced the Redmond software giant to maintain special editions of its Windows operating systems. The "N" edition is targeted for Europe, and "KN" for Korea. Both editions include all the features of the OS except Windows Media Player, Music, Video apps, Voice Recorder and codecs. Users who need to get these apps and features installed should do this manually. 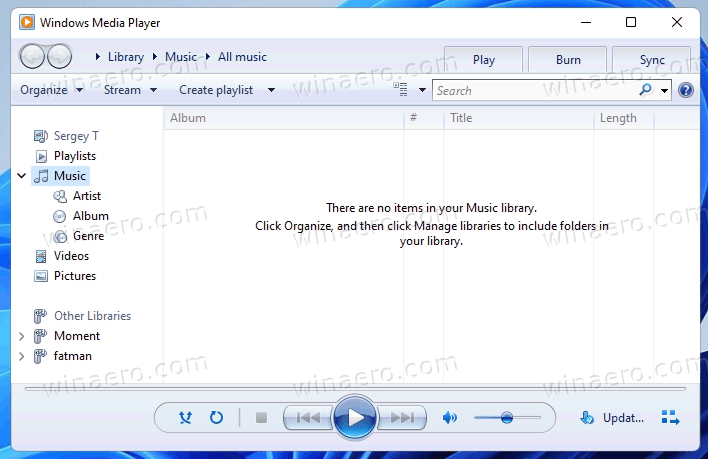 Some other features and even third-party apps may rely on the missing media components. For example, Windows Mixed Reality requires them, along with Windows Hello and Xbox Game DVR. The worst thing here is that even you install the official Media package on an N edition of Windows 11, Windows Mixed Reality won't work. You'll have to upgrade the edition of the OS to a non-N version.

Let's see how to download Media Feature Pack for Windows 11 N. Do the following.

Once you have installed the Media Feature Pack, it will bring the missing classic and modern software from the Microsoft Store to your Windows 11 device.

In addition to them, you can manually install the following extra software to enhance your multimedia experience in Windows 11. They all will work on your computer with Media Feature Pack installed.