Today, we will see how to disable Game Bar and Game DVR in Windows 10. This feature is new to Windows 10. Some users find it very annoying whereas others have even recorded a slowdown in game performance.


The Game Bar was part of the built-in Xbox app in Windows 10. Starting with Windows 10 build 15019, it is a standalone option  in Settings. It provides a special graphical user interface which can be used to record the screen's contents, capture your gameplay and save it as a video, take screenshots and so on.

Some users are not happy with Game DVR. The Game bar may appear at completely unexpected intervals of time. Sometimes, it doesn't recognize a running application and offers to capture its "gameplay" even if it is not a game at all.

Also, the Game DVR feature is known for lowering the FPS in certain games. On slow PCs running Windows 10, it creates a notable slowdown for game performance.

These are the most popular reasons for users to disable Game DVR.

To disable Game Bar and Game DVR in Windows 10, do the following. 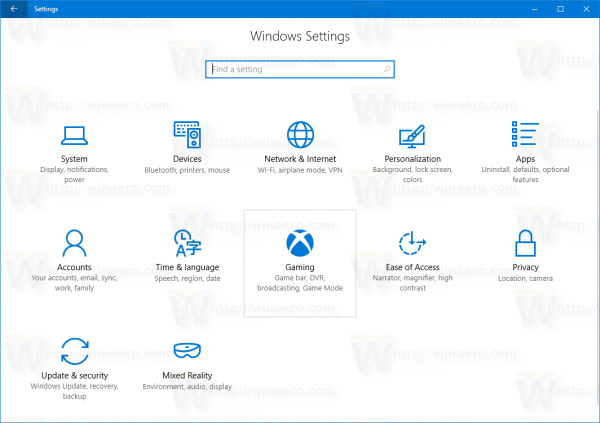 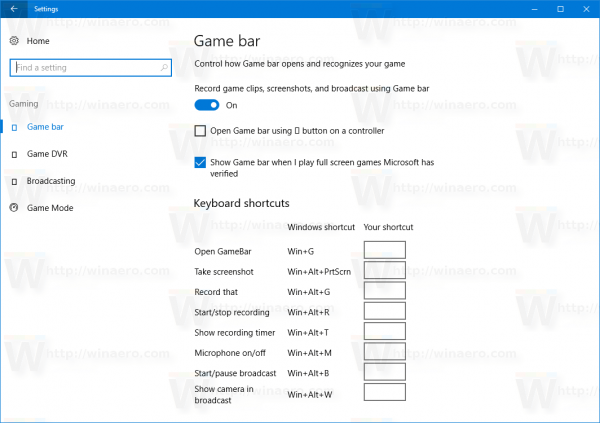 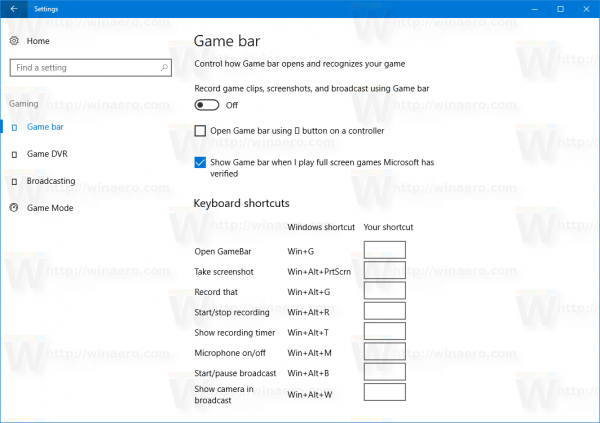 If you are running previous releases of Windows 10, you can disable Xbox Game Recorder and Game Bar DVR in Windows 10 in the Xbox app.

Note: If your PC does not support video recording, for example if your PC has no proper hardware support or you have installed Windows 10 in a virtual machine, the Game DVR page will look as follows: 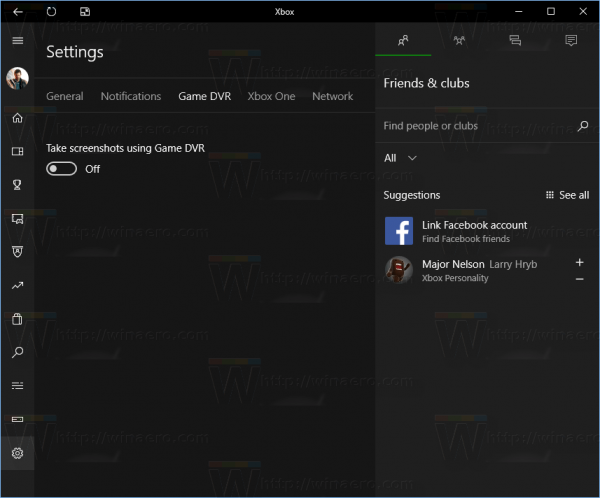 It will be named "Take screenshot using Game DVR". You need to turn it off.

That's it! The Xbox Game Recorder will be disabled along with Game Bar.