Several months ago, Microsoft announced that DirectStorage is coming to Windows devices. This technology is one of the key innovations in the Xbox Series X|S consoles. It greatly improves game performance by allowing to transfer huge amounts of data from NVMe storage to GPU memory. 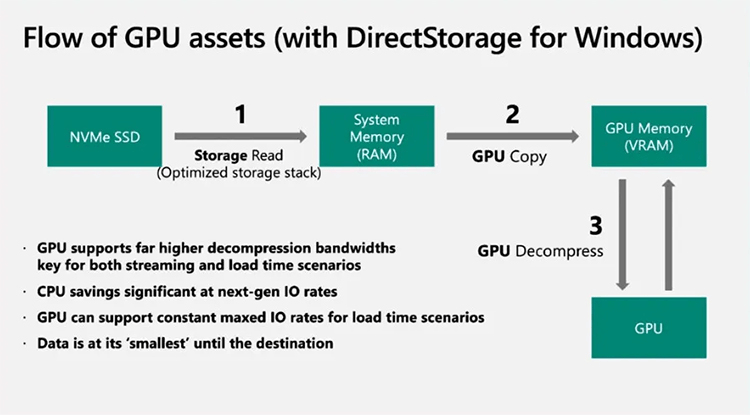 “Starting today, Windows games can ship with DirectStorage. This public SDK release begins a new era of fast load times and detailed worlds in PC games by allowing developers to more fully utilize the speed of the latest storage devices. ”

The company has announced that DirectStorage is available to the Windows gaming platform. It supports both Windows 11 and Windows 10, but, as you could expect, Microsoft recommends using Windows 11.

DirectStorage requires an NVMe 4.0 drive and a compatible motherboard. However, it will not be possible to give it a try right now.There are simply no games on the market that support DirectStorage on Windows.

Probably we will see some at the upcoming Game Developers Conference event on March 23rd. AMD and Luminous Productions are expected to shed some light on how they integrated DirectStorage into Forspoken. Also, the Forspoken release date of this game was postponed last week, so you can only play it on October 11th.