In Windows 10, there is an updated Alt+Tab user interface. It tries to show window thumbnails proportionally when you switch between windows. Depending on how many windows you have open, the preview size of windows is scaled up in size or made smaller. Recent builds of Windows 10 feature a new Timeline feature, that allows users to review their activity history and quickly return to their previous tasks. A secret feature of the Alt+Tab dialog in Windows 10 is the ability to directly close a window or app right from the dialog with a key stroke.

In Windows 10, there is a significant improvement to window management. The OS features the Task View feature which adds virtual desktops to Windows 10. Recent Windows 10 version include the Timeline feature which is integrated with the Task View feature and can be opened with an updated taskbar icon. Running apps and virtual desktops now appear above the Timeline area. Timeline's groups occupy the entire area below it. Activities are organized by dates for the last 30 days. Once you click on a group, it is expanded to a view organized by hours. 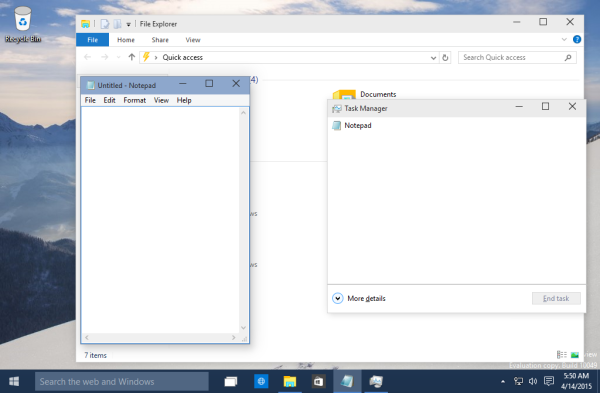 Press Alt + Tab shortcut keys on the keyboard to open the window switcher dialog. Notice how it sizes each window differently and proportionally: 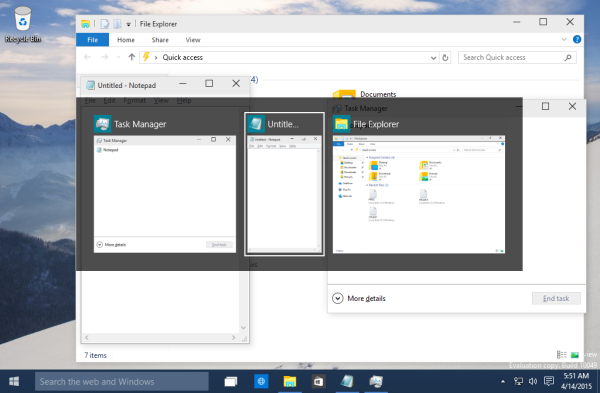 The same window scaling mechanism is supported by the Task View which is the multiple desktops feature of Windows 10. When you press Win + Tab shortcut keys, it will show similar window thumbnails: 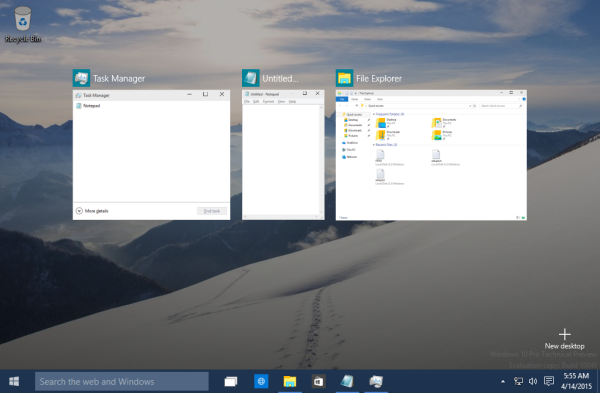 This change should allow the user to find the desired application quickly. Note there is a way to make this UI persistent so it doesn't disappear when you let go of the Alt key. See the following article: Two secrets of Alt + Tab dialog in Windows 10 you might not be aware of.

Yet another secret of the Alt+Tab dialog is the ability to close the currently selected app or window directly.

To Close App from Alt+Tab dialog in Windows 10,

So, pressing Delete while using Alt+Tab will close the focused  window. This way, you can close several apps directly from the Alt+Tab dialog. Thanks to Jen!