Starting with Windows 10 build 15042, you can configure where apps can be installed from. Microsoft has added a new option which allows installing apps from anywhere, from the Windows Store only, or whether the system should suggest Store apps over Win32 apps. Let's see what has changed.

If you remember Windows RT, it could only run Store apps and specially approved Win32 apps. Microsoft says that this makes Windows more secure because apps from untrusted sources cannot install. However it also makes Windows a lot less functional because most classic apps are not there in the Windows Store and many software developers do not wish to put their apps in the Store.

Regardless, Microsoft has finally added a setting that decides where apps can be installed from. It can be configured by any user with administrative privileges. As of now, it has 3 distinct preferences.

To choose where apps can be installed from in Windows 10, do the following.

Let's see what each option in the list means.

Allow apps from anywhere - this option represents the current default behavior of the operating system and allows installing classic Desktop apps along with apps from the Store.

Prefer apps from the Store, but allow apps from anywhere - when this option is enabled, the user can still install classic apps, but every time an installer is launched, a warning dialog will appear which looks like this: 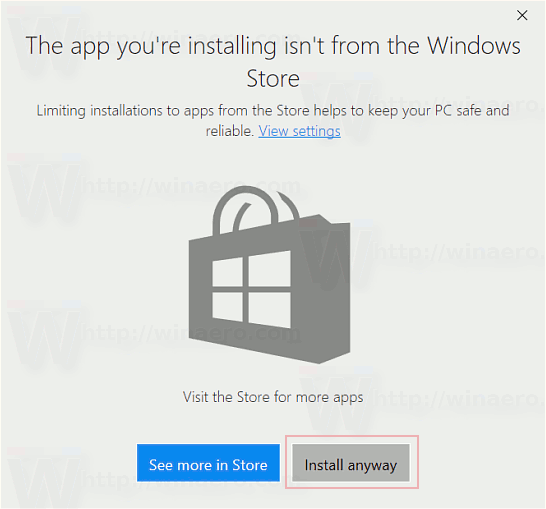 It says "The app you're installing isn't from the Windows Store". To continue installing the app, you need to click "Launch anyway".

Allow apps from the Store only - this option makes it impossible to run installers of classic Desktop apps. The operating system will refuse to install them. A message dialog will appear which looks as follows: 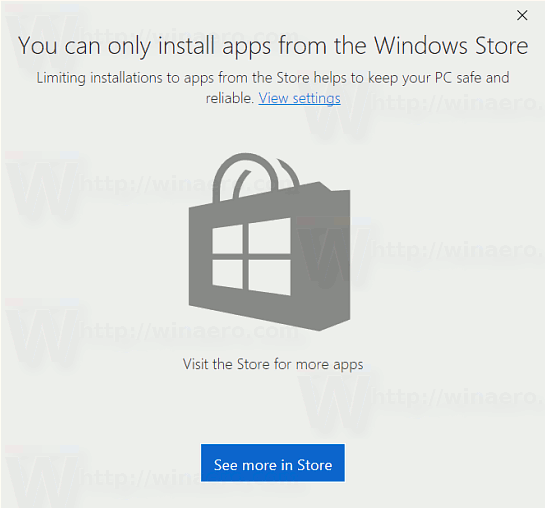 The text says "You can only install apps from the Windows Store. Limiting installations to apps from the Store helps to keep your PC safe and reliable".

This limitation affects only installers and not apps themselves. So even if you enable this last option, Allow apps from the Store only, you will still be able to run already installed desktop apps, portable apps which have no installer and other executable files for classic apps. 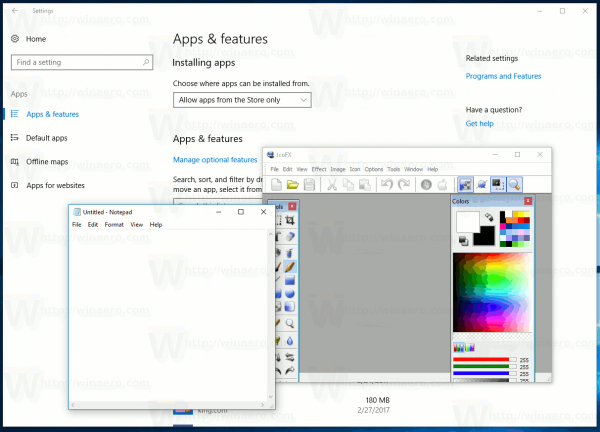 Windows 10 will apply restrictions only to executable files which it recognizes as installers or application setup programs.

This new feature can also be configured using the Registry. Here is how.

If you need to easily apply the Registry tweak described above, you can use ready-to-use Registry files from here:

Each file contains one preset for the described AicEnabled option.