Many tech giants, including Amazon, AT&T, AMD, Dell, Google, IBM, Intel, Lenovo, Qualcomm, Samsung and Sony, and many others, are participating the CES 2022 event. The event takes place between January 5 - 8. It is also available  as a digital stream.

Here are some key announcements made by AMD, Intel, Sony, Qualcomm and Microsoft.

Qualcomm is working with Microsoft to create a new chip that will be used in the next generation AR glasses that are part of the Microsoft ecosystem.

Qualcomm's CEO Cristiano Amon has announced the development of a dedicated Snapdragon chip for next-generation, low-power, lightweight AR glasses specifically for the Microsoft ecosystem. They are integrating software from both companies into this chip.

Unfortunately, there is no other information about the developed chip yet. Probably, the companies are simply not ready yet to share any details about the future product.

Intel has announced 22 new 12th Gen Alder Lake Desktop Processors. The 12th generation Intel Core processors (Alder Lake) were released back in the fall of 2021, but at that time the line consisted of only a few chips focused on powerful gaming computers. Now it's time for the rest of the processors, including the $42 Celeron G6900 and the $489 Core i9-12900. 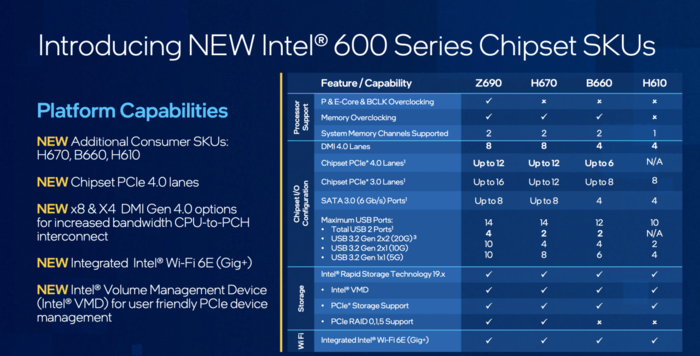 The new Alder Lake processors also use a hybrid architecture that combines high performance and energy efficient cores. The number of cores of each type depends on the specific model.

In addition, Intel introduced the H670, B660 and H610 chipsets, which offer fewer PCIe lines and fewer USB ports compared to the Z690, but still include all the major improvements, including Wi-Fi 6E and PCIe 4.0.

AMD has announced a new Radeon Super Resolution feature that will be part of the next AMD Radeon Software Adrenalin Edition and will enable spatial upscaling in most existing games. Radeon Super Resolution (RSR) is based on the same algorithm used in AMD FidelityFX Super Resolution (FSR). However, unlike FSR, the new feature will scale the whole image on the screen. FSR applies image adjustements to the gaming process only, without affecting the game interface and options.

Radeon Super Resolution will work on all AMD graphics cards with RDNA architecture.

To take advantage of the technology, all you need to do is to enable the option in Radeon Software Settings and then lower the resolution in the game. Note that Radeon Super Resolution will only work with games that support "exclusive full screen mode". Fortunately, most games support this behavior.

AMD has introduced an entry-level graphics card called the Radeon RX 6500 XT. It will go on sale on January 19 at a price of $199. The new device aims to become the most affordable graphics card with a graphics processor based on the RDNA 2 architecture.

The Radeon RX 6500 XT is positioned as an inexpensive replacement for the outdated GTX 1650 or RX 570. Compared to these video cards, the new product provides a performance increase of up to 1.6 times, and also supports modern technologies such as AMD FidelityFX Super Resolution.

There is also a cheaper Radeon RX 6400 chip, which will be exclusively available to OEM partners. Both  chips are built with 6nm process technology from TSMC

AMD is going to ship Ryzen 7000 series desktop processors based on Zen 4 architecture in the second half of 2022. The processors will be manufactured using the 5nm process technology from TSMC, which will significantly increase computing performance.

Ryzen 7000 is moving to the new AM5 socket with LGA design, which, like Intel, will have no pins. Instead, pins will be located in the CPU socket on the motherboard. Up to now, AMD has used the PGA design, in which the contact pins were on the processor. However, AMD promises that existing AM4 fans will be compatible with the new AM5 socket.

In addition, the company unveiled the Ryzen 7 5800X3D CPU, the world's first 3D V-Cache gaming processor. The 3D-mounting cache technology has resulted in a performance improvement of about 15% over the Ryzen 9 5900X, the company said. 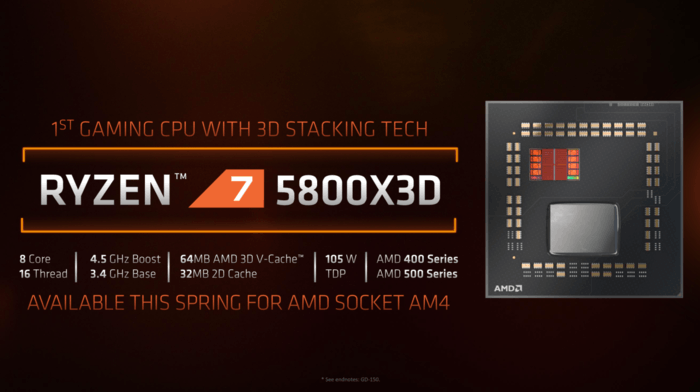 Traditionally, AMD produces the H-series units (35 and 45 W) for gaming devices. The U-series chips (15 and 28 W) are for thin and light notebooks.

The flagship device in the new lineup is the Ryzen 9 6980HX 8-core 16-thread processor with a 3.3 GHz base clock speed and 5 GHz turbo boost. The chip includes 12 RDNA 2 graphics cores clocked at up to 2.4GHz. It is worth noting that this is the first processor in the Ryzen family with frequency of 5 GHz.

At CES 2022, NVIDIA unveiled the GeForce RTX 3050 graphics card, which will go on sale on January 27 at $249. The new product is based on the Ampere architecture and is the most affordable GPU from NVIDIA for games with ray tracing in 1080p at 60 FPS. The RTX 3050 comes with 8GB of GDDR6 memory and includes the third generation Tensor Cores required for DLSS to function.

Another novelty from NVIDIA is GeForce RTX 3090 Ti. It still uses the 8nm GA102 chip based on the Ampere architecture. The device comes with 24GB of GDDR6X memory with a bandwidth of 21 Gb/s. Its clock speed is increased by almost 7.7%. The latter tweak boosts performance of 4K games and AI tasks. 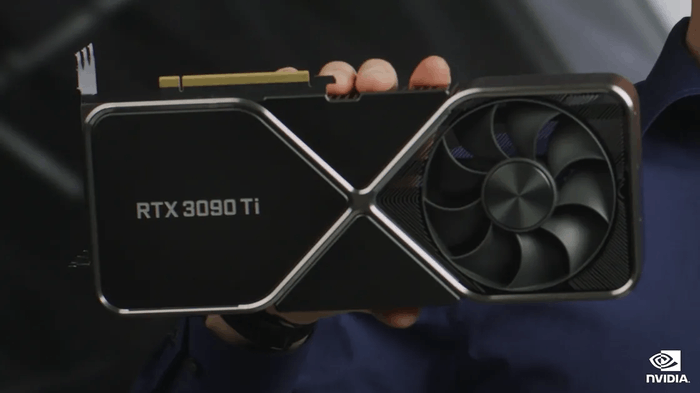 NVIDIA claims the RTX 3090 Ti's overall GPU performance is 40 teraflops, 11% more than the 36 teraflops RTX 3090. The performance in ray tracing reaches 78 teraflops, and in AI tasks - 320 teraflops. The clock speed of the GPU is not yet known.

At CES 2022, Sony announced that the next generation virtual reality headset for the PlayStation 5. The company wil release it under the name PlayStation VR2 (PSVR2). Sony has also confirmed that PlayStation VR2 Sense controllers will receive adaptive triggers and tactile feedback, just like DualSense.

Here are the specs.

Horizon Call of the Mountain

Sony also unveiled an exclusive VR game called Horizon Call of the Mountain. The game is being developed by Guerrilla Games and Firesprite. The game will have a new protagonist, but as the story progresses, you can meet Aloy and other NPCs familiar from Horizon Zero Dawn and Horizon Forbidden West.

2 thoughts on “CES 2022: Most Important Announcements”