As Microsoft has finished Windows 10 version 2004 '20H1' development, the ISO images are now already available on MSDN. So, if you have an MSDN subscription, you can grab the files. 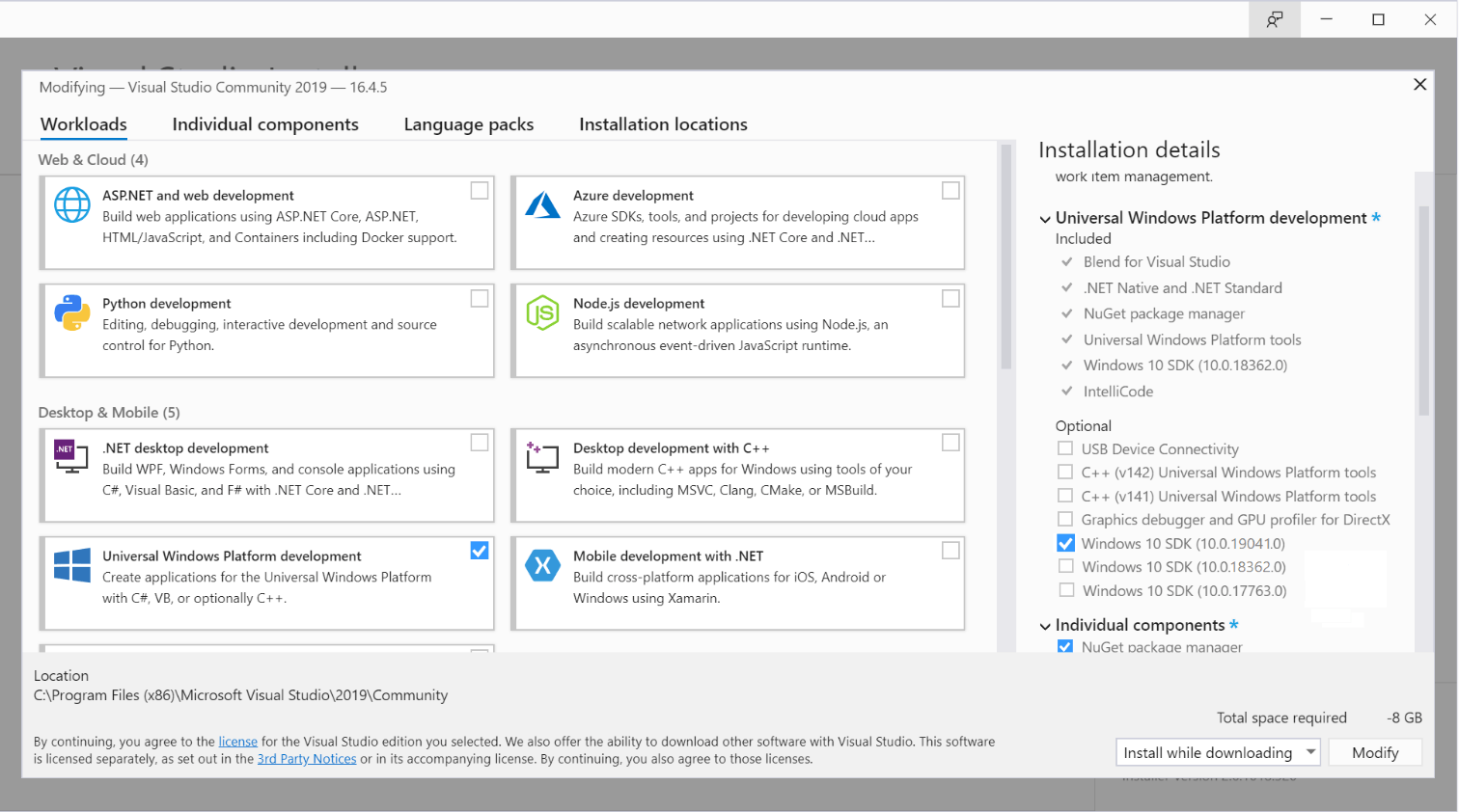 To support developers and OEMs and make the upgrade smooth, Microsoft has released both consumer and enterprise editions of the OS via MSDN.

MSDN is a paid subscription-based service useful for developers, testers, and network administrators. It is also available for Enterprise customers.

Microsoft has also released a new SDK for Windows 10 version 2004. Developers should use it to target their apps to the new feature update and use its new APIs and features. This can be done with Visual Studio 2017 or 2019.

The required SDK version is 10.0.19041. Microsoft has published a long list of what's new for developers in Windows 10 May 2020 Update. It includes new APIs, new WSL features, updates to PWAs, WiFi and Bluetooth, and many other features.

To get the updated SDK,

The procedure will be simplified when the Windows 10, version 2004 goes to general availability:

Windows 10 version 2004, known as '20H1', is the next feature update to Windows 10, which supersedes version 1909, '19H2'. Microsoft has finished 20H1 development, so recent builds do not include a desktop watermark. It is expected to become widely available in May, 2020, and includes the following changes: