Raspberry Pi is the world's most popular card-sized development board SoC which can handle many Linux distributions. It can be used for a wide range of tasks, from being a personal PC or a media center PC to micro controllers programming or building robots. As of this writing, Raspberry Pi exists in three editions: top Raspberry Pi 2, middle Raspberry Pi B+ and the low end Raspberry Pi A+. If you are interested in Raspberry Pi B+, here is a good news for you - the price for this board is $25. 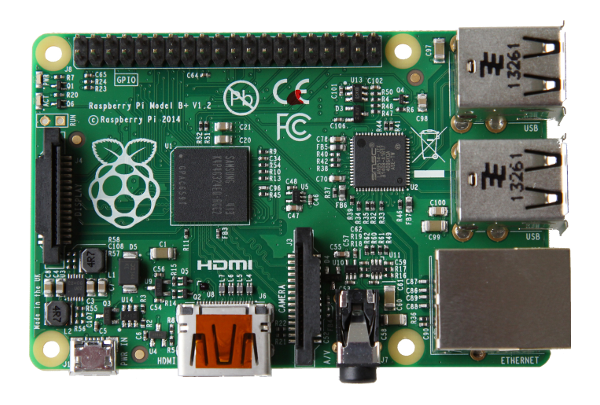 Although about a million Raspberry Pi 2 devices were already sold, the Raspberry Pi B+ model is still very popular. Developers reported that they were able to reduce the cost of manufacturing of the older model, B+, so price also got reduced.

If you’re looking for a Raspberry Pi with networking and multiple USB ports, and don’t need the extra performance or memory that the Raspberry Pi 2 brings, you might want to check it out.

Besides the B+, it is possible to buy a lightweight version of the Raspberry Pi board, model A+, which costs $20 but comes without Ethernet and only with one USB port.