Over the last weekend, Microsoft started rolling out a new Groove Music app update in the Windows Insider program's Fast Ring, bringing some long rumored features to its users. The update is available only to PC users for now and has the version number 10.1702.1261.0. 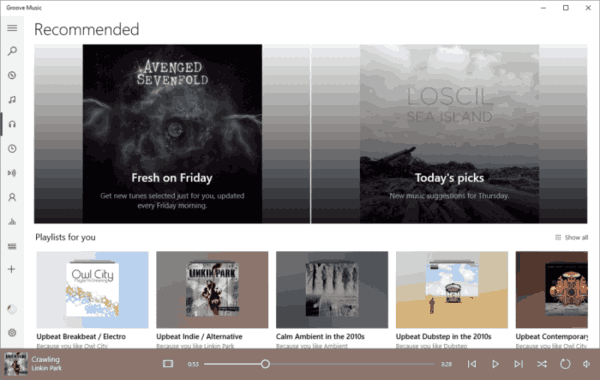 Earlier this month, we learned about Microsoft's future plans for the next Groove Music app update. The app gradually received the Fluent Design makeover and was going to get Music Visualizations, an Equalizer, Spotlighted Playlists, Playlist Personalization and Auto Playlist Generation. These were all long-awaited features which are already available in other music streaming services but weren't built into Groove. While equalizer and some other big additions are still coming soon, the recent update does add some promised playlist-related improvements. Here's what the official change log says:

Other improvements are expected to arrive before the end of the month and will be available first for members of the Windows Insider program.

Groove Music is already preinstalled in the latest versions of Windows 10, but if you uninstalled it or want to try the update version, feel free to download it from the Windows Store.